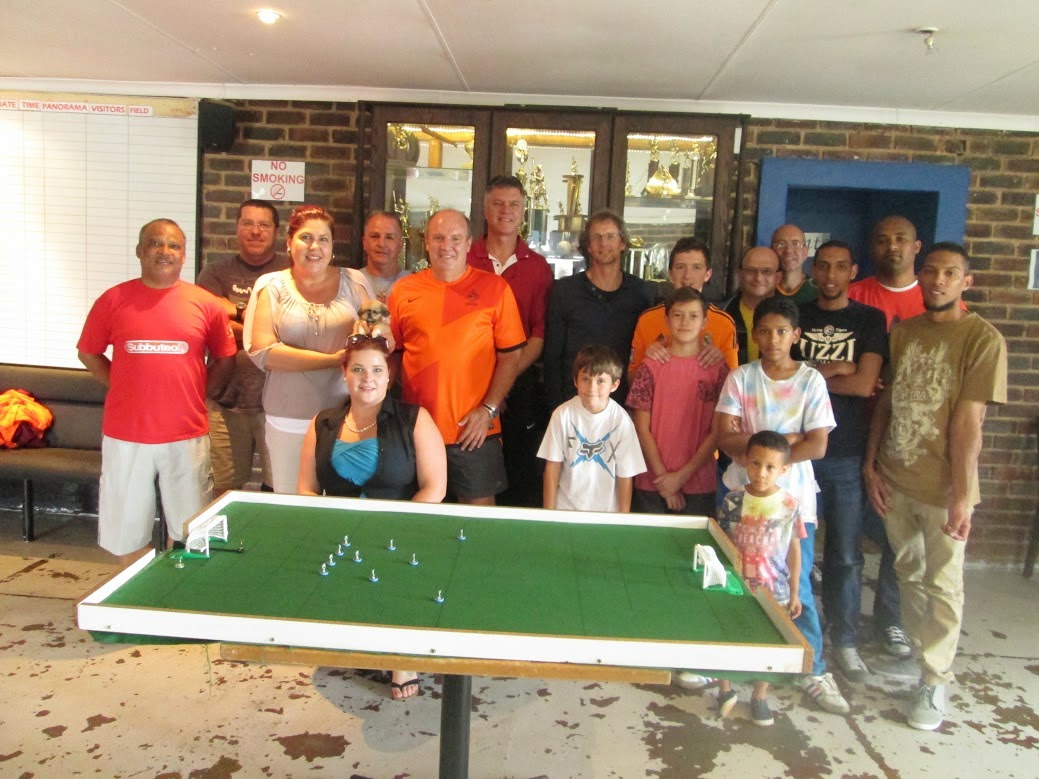 In two tight semi-finals, Clifford edged out Clinton by the odd goal in the first semi and Junior Jayden and Fernando treated the crowd to a marathon penalty shoot-out whereby Jayden eventually held his nerve to triumph by 10 goals to 9.
The Final saw pre-tournament favourite, Clifford Graaff face off against a determined Jayden van der Merwe. After a tense goalless final, penalties separated the two finalists with Jayden justifiably wrapping up his maiden Johannesburg Open by defeating Clifford by the odd goal in five.
A junior Final was also contested between the two top juniors, namely Alex Rodrigues and Jayden van der Merwe. Alex got a measure of revenge for losing in the Cup quarter-finals against the same opponent by scoring a cracker of a goal to capture the junior title.
A big word of thanks must go to Clinton Gahwiler from Cape Town, for attending his first tournament in Johannesburg. Pretoria Flickers must also receive some praise as 5 of their members travelled down the N1 to partake in a very successful and entertaining Johannesburg Open.