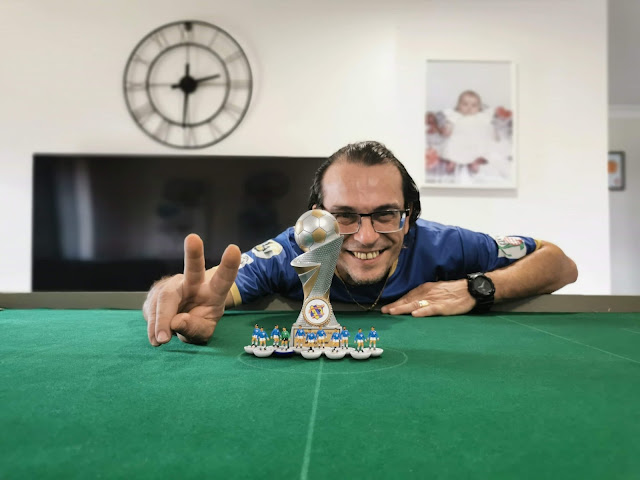 The situation is still difficult for some parts of Australia but players in Brisbane and Perth had their monthly tournaments in September as usual. 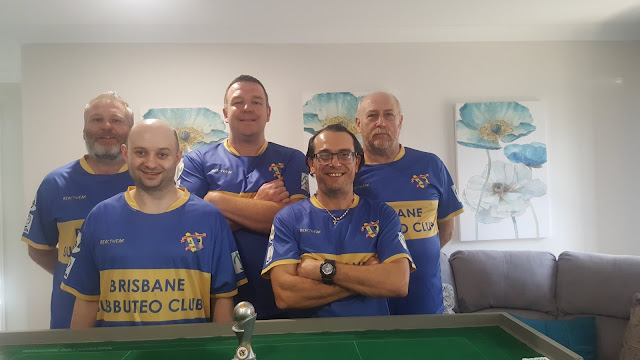 In Brisbane, five players turned up and they had a great time. Giuseppe Tardiota defeated Kevin Halliday in the final. Gerry Vickers was third and Gareth Whalley beat Wayne Miller to win the Wooden Spoon. The event took place at Gareth's as the club room was not available.

In Perth, five players competed in a round robin format with Alan Kimber winning his four games to claim the title. there was a very close fight between other players and Chris Thorn was runner-up with five points while Noel Mani (5) was 3rd, Ron Byrne (3) 4th, and Adam Taylor (1) 5th.

Next club meeting will be the 18th of October at the club house. Address: 22Titchborne st Cockburn. New players always welcome.

Jurong Subbuteo is Back Flicking 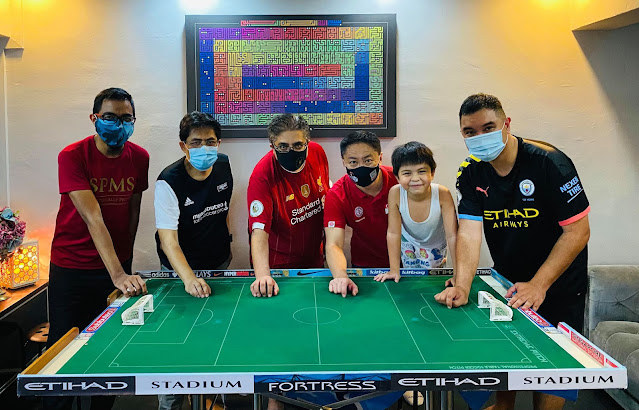 26 Sept was a delightful flicking session for us, after being absent for several months due to  COVID-19 pandemic & our country strict safety measures. Jurong club Captain hosted the session with stringent precaution made before, during & after every games with 5 players turning out to play a round robin session.

The long layoff from table football showed on the players form. However with every play, the players began to recover their mojo, & they began playing with more finesse & confidence.

In the end of the session, the victor of “the come back WASPA” was Rudy, who managed to win all his games. The runner-up was Anas who shared the points with Kok Wee & edged the latter on goal difference. Rizal Taib came in 4th with the rusty Vikas finishing last.

Eventhough the world is progressing in the combating of the virus, we should never let our guard down & continue to be vigilant & take the necessary safety precaution during this new normal.

Stay safe to all & continuing flicking. 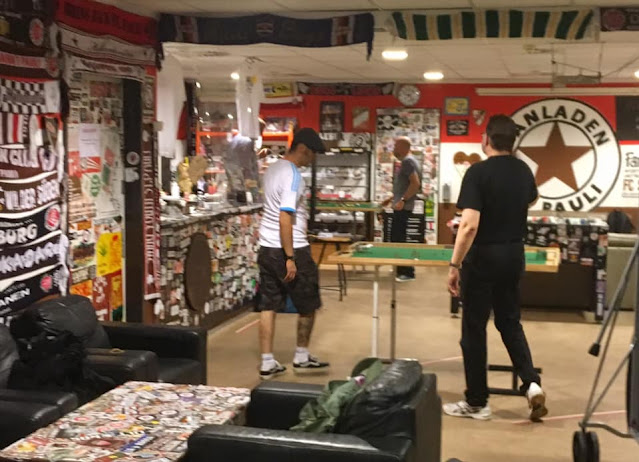 Sean Morgan returned to the Subbuteo tables in sublime form by winning the annual Spring Tournament proudly hosted by the Johannesburg TFC aka the Joburg Eagles.

A very good field of 11 players including two juniors, one Malawian, one Zimbabwean and a local sports journalist from the local newspaper, The Northside Chronicle, contested the annual tourney at Randburg AFC.

All the players were divided into two groups and Sean Morgan qualified as group winner without dropping a point and conceeding a goal. The other group was a titanic struggle that was only finalized via goal difference between Liam Chapman, Jason Kennedy and Carl Bolweg. Liam edged out Jason and Carl to qualify as group winner. This is a tremendous feat by Liam as he only started playing recently in the South African Solo league and to make the final in only his second tournament is great news for the ETS Subbuteo Club.

Clifford narrowly defeated Carl by a solitary goal for 5th place.Due the fact that we had two juniors partaking in the tournament, a Junior Final was held whereby Finn pipped his friend, Ryan by the odd goal in a penalty shoot-out.

The Tournament Final pitted favourite Sean Morgan from the Joburg Eagles against the up and coming Liam Chapman from ETS Subbuteo Club. Liam showed some sublime defensive touches, however the classy play by experienced Sean Morgan proved a bit to much for Liam. Sean's continuous pressure counted in the end and he claimed the annual Spring Tournament title by scoring two unanswered goals.

Once again fun and enjoyment was the over-riding result and all players left Randburg AFC looking forward to the next tournament! 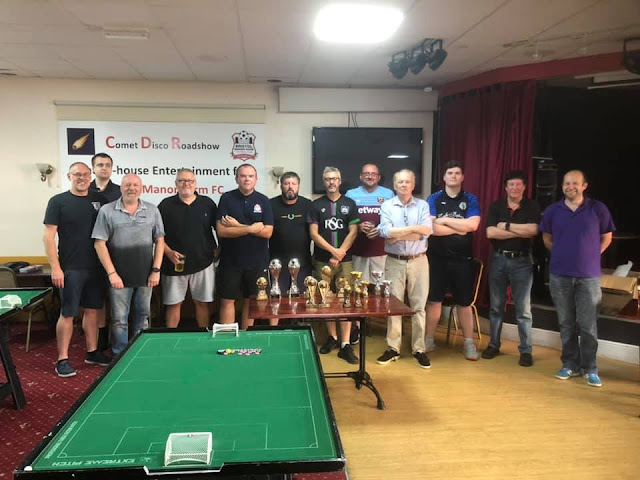 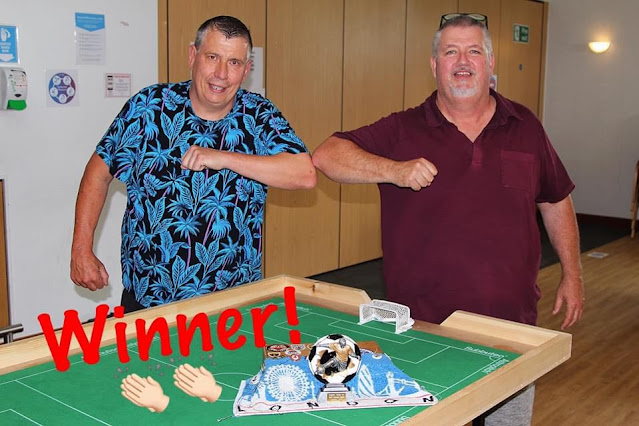 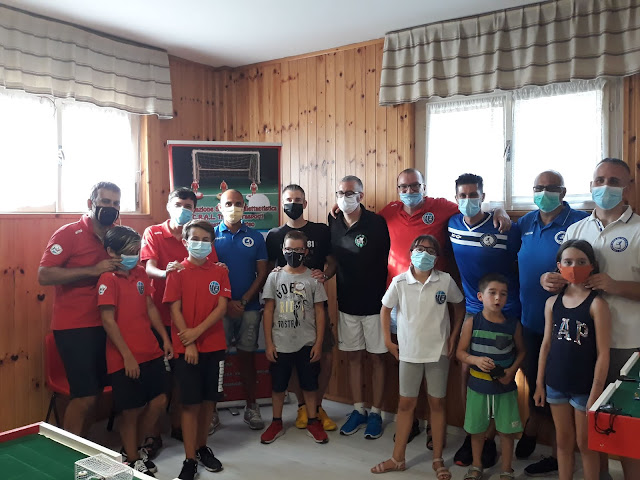 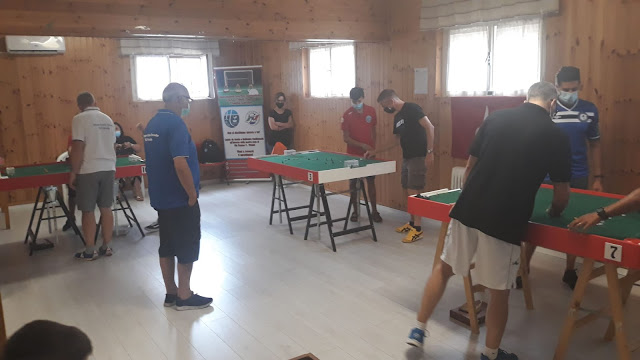 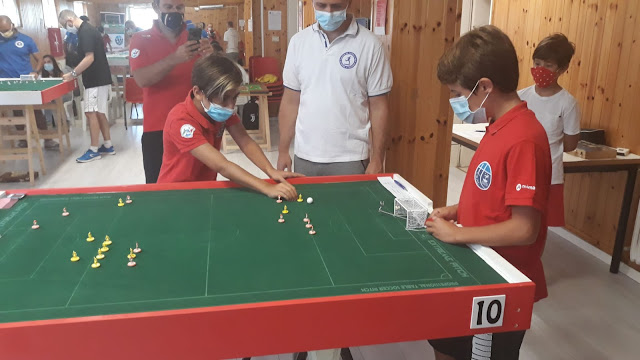