There was a lot of action and excitment in Hong Kong on sunday as the very first WASPA tournament took place between four very motivated players. The games were closely fought affairs, accompanied with a fair share of goals. In a group stage of four players, almost every competitor had a chance to win. Playing in a totally new and unfamiliar ground, Kok Wee, ironically, winning away from home... managed to top of the group with two wins and a draw, thus winning the tournament. His very first, in fact, since his push for the game in the region. Antonio, playing at home, but slipping up occasionally, came as seconnd, with John, not having time and some luck on his side, came in 3rd. The pack was followed by Stephan, whom is relatively new to the modern play of the game, completed the group at 4th. Overall, every player put in fine performances, with quite a few good goals and completed successfully the inaugural Hong Kong WASPA Tournament! The final ranking: 1. Tan Kok Wee (Singapore - Singpore Lions SC) ; 2. Antonio Carabillo (Hong Kong - Dragons SC) ; 3. John Ho (Singapore - Woodlands SC) ; 4. Stephan Peaker (Hong Kong - Dragons SC) 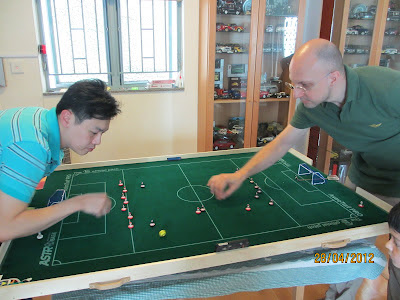 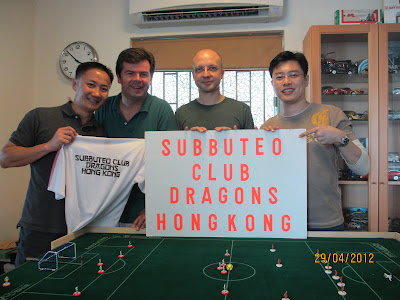 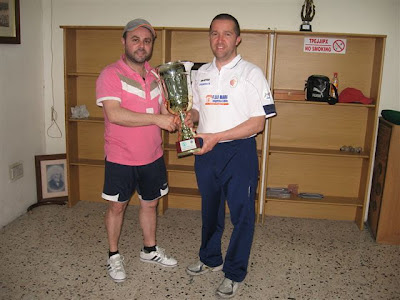 A first tournament in Hong Kong

There are some excellent news coming up from Hong Kong. There will be the very first tournament in the country on sunday, April 29 as four players will meet for a great time of flicking football. Local players Antonio Carabillo and Stephen Peaker will meet Tan Kok Wee and John Ho from Singapore! Results will be announced early next week! Contact: Antonio Carabillo at pacway@netvigator.com
Publié par Vincentcop à l'adresse 09:02 No comments:

8 players competed in last saturday's tournament in Odense, Denmark. Rasmus Lund, who plays this season for the belgian team of "Rochefort table Soccer", was the best player. After winning his group of four players, he beat Thomas Petersen 2-1 in the sudden death in the semi-final and Christian Emil Christiansen 4-1 in the final. Thanks to this victory, Rasmus is already 19th in the new WASPA ranking of April 2012.
Publié par Vincentcop à l'adresse 10:11 No comments:

Because of two late drop-outs, only three players attended the tournament held in Sami Valley, California this sunday. The players met in a groupe stage and everyone player every opponent twice. Wayne Smith won all his games, Paul o'Donovan finished second and Kevin Nieman was third. Unfortunately this tournament will not count in the WASPA ranking as only three players were taking part.
Publié par Vincentcop à l'adresse 11:29 No comments: 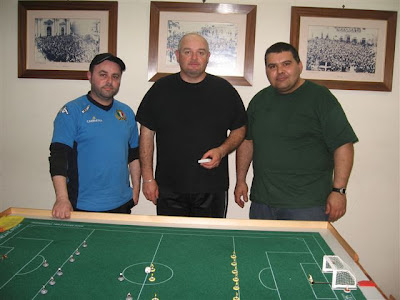 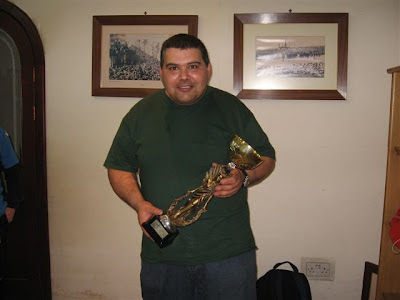 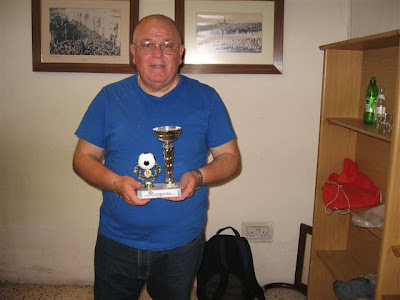 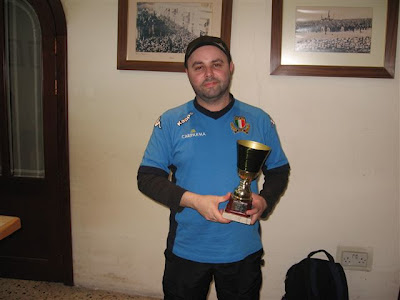 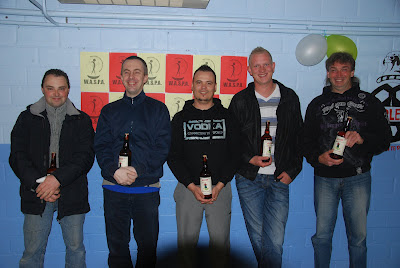 A first tournament in Denmark

The first WASPA tournament ever in Denmark will take on April 21 in Odense. Rasmus Lund is the contact person for whoever wants to take part. Details are available from Rasmus at Lund85@msn.com