he updated results file is availabe from now on. You can download it from the DOWNLOAD section in the right column (as "golden book"). Results of the three tournament held in July are included as well as the new ranking. There are also a lot of statistics. Switzerland becomes the 17th nation to be involved in the WASPA circuit. 192 players are now in the individual ranking. Enjoy!
Publié par Vincentcop à l'adresse 12:18 No comments:

Congratulations to Thomas Baumeler. The Swiss player won the tournament held in Simi Valley, California on saturday he beat local legend Wayne Smith (4-0) in the final. Trisha Baumeler and David Jens reached the semis. 9 players were taking part, which is awesome for California. Thanks to Wayne for hosting the tournament and congratulations to Thomas Baumeler for being the first Swiss to win a WASPA tournament.
Publié par Vincentcop à l'adresse 17:22 No comments:

Swiss players in California this week-end

The club of "Southern California" will be hosting a tournament this saturday. Six players are expected to attend the event at Wayne's Smith place and there will be some special guests as Trisha and Thomas Baumeler from Switerland will be attending. Trisha reached the semi-final of the ladies FISTF world cup last week-end in Manchester (England). Good luck to all players involved. The WASPA updated results file will be out as soon as we receive the tournament results.
Publié par Vincentcop à l'adresse 11:20 No comments:

Two more tournaments have been added to the WASPA calendar. There will be a tournament in Attard (Malta) on August 13. on August 23, the club of Templeuve United will hold another event in their premises.
Publié par Vincentcop à l'adresse 09:26 No comments:


The 9th WASPA tournament organized by Attard SC took place on thursday and finished on friday due to the heat and the lack of air conditioning in the hall where the tournament was played. As usual, 16 players were competing and the top player of each group qualified for the semi-finals. A few big names were out in the first round like Simon Gauci. In the semis, there were two close games Daniele Spadaro beat George Ebejer (2-1) while Joseph Mifsud took the best on Angelo Borg (1-0). In the final, Joseph Mifsud proved to be the best player as he beat Daniele Spadaro, the current number 1 in the WASPA ranking (2-0). Angelo borg won the final for the third place against George Ebejer (3-0). Joseph Mifsud, who is also the world number 1 veteran in the FISTF ranking, claims his second WASPA title.
Publié par Vincentcop à l'adresse 12:34 No comments:

We had a good tournament in Templeuve tonight. Because of a few last minute dropouts, we were only 8 players but I believe everybody enjoyed the evening. Every player had the chance to play 5 games. After the group stage, there were semi-finals and a consolation tournament. At the end, Geoffrey Marain won his 4th title (!!!) after beatting Michaël Ponthieux in the final (1-0). The final ranking was as follows:1. Geoffrey Marain (Templeuve)2. Michaël Ponthieux (SC Eugies)3. Elodie Bertholet (Templeuve)4. Vincent Coppenolle (Templeuve)5. Michaël Dupret (Magic Team Tournai)6. Kevin Dröhsler (Templeuve)7. Yves Baten (Renaix)8. Samuel Verriest (Templeuve)
Publié par Vincentcop à l'adresse 23:14 No comments:

The Cyprus Subbuteo Association has just been relaunched. Two of their players, Paul Andreas and Rob O'Hare, will play at the FISTF World Cup in Manchester. Good luck to the Cypriots and hopefully there will be a renewed interest for the game in the country.
Publié par Vincentcop à l'adresse 13:08 No comments:

Small change in the ranking system

Attard SC will start the new season this week

Attard Subbuteo Club will be starting the new season with a tournament played on July 12 in the premises of the club. The organizer Joe Debono is expecting 16 players to take part and 13 players are already registered. The draw will be made at 6.45 pm and the kick-off at 7.00 pm.
Publié par Vincentcop à l'adresse 08:45 No comments:

One more tournament in Singapore 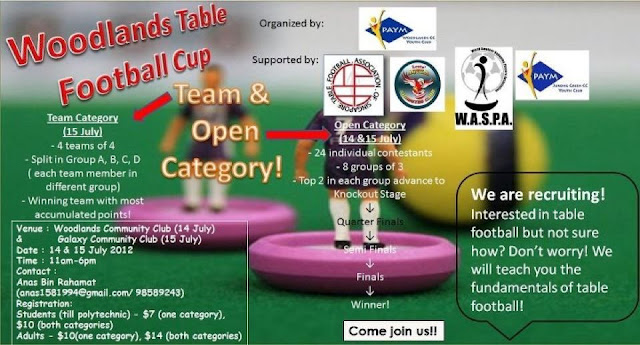 Woodlands SC has just confirmed hosting a WASPA subbuteo tournament on 14 & 15 July 2012 at Woodlands Community Centre. Looks like it will be another great tournament.
Publié par Vincentcop à l'adresse 07:53 No comments:

Great day in the Swiss Cup 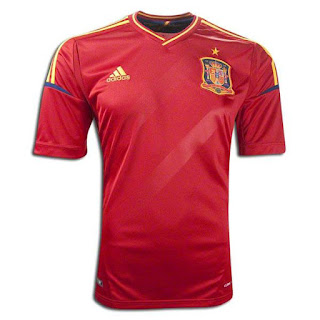 Antonio Miguel Montaño García is trying to get money to pay the trip of the young players from Malaga to the FISTF World Cup in Manchester (July 21-22). Funds are raised for the kids and a raffle is organized. Tickets are sold at the price of 2 EUROS and the winner will win a jersey of the spanish national football team. Your help would be more than welcome.
You can contact Antonio at the following address: amiguel28@hotmail.es
Publié par Vincentcop à l'adresse 10:20 No comments: