Attard Subbuteo Club (Malta) organized a local tournament on wednesday. The event didn't count for the WASPA circuit but there were some good games. Mark Gauci beat Angelo Borg on shots after a 0-0 game. Hector Scerri won the game for the 3rd place against Daniele Spadaro (3-1).
Publié par Vincentcop à l'adresse 09:49 No comments:

A tournament in Barcelona

The club of Palomar FT will organize a tournament in Barcelona (Spain) on November 29. There will be two categories (Open & junior section) and the organizers hope to meet international players. Details are available from Flavio Watzka at flavio@parada13.jazztel.es
Publié par Vincentcop à l'adresse 09:42 No comments:

Hello, the monthly update of the WASPA results file has been added in the "download section" of the blog. We had several tournaments this months in Malta, Belgium and South Africa but also for the first time a "Old Rules tournament" in England under WASPA banner. Details still need to be discussed to see if there will be a separate ranking for the "Old Rules tournaments" but for the moment all players are put together.

Good news: we have reached the number of 200 players (220 exactly, 197 last month) and there will be tournaments in several countries in September (Belgium, Malta, Australia, Canada, Germany and possibly Italy). Feel free to contact me if you want to run a tournament. It's never too late.

I just discovered a group of 5 players in New Zealand and there might something going on there in the near future!

Oh, by the way, we have a new number 1 in the ranking. Congratulations to Geoffrey Marain from Belgium :-)

Hope you will enjoy the file.

Report of the third tournament held in South Africa

Friday the 24th of August saw the third World Amateur Subbuteo Players Association (WASPA) Tournament take place in South Africa and the second WASPA event to be held at Randburg Sports Club.
The tournament also broke the record for the number of entrants when 24 enthusiasts flicked off to an evening of exciting table football fun.

There were four different sections namely: Ladies, Under 14, Under 18 and seniors.

In the Under 14 section,  we had 2 groups of 4 players each, Tristan Berry, the junior champion from the previous Randburg Tournament easily won  Group  A with Aiden Regiens finishing runner-up. Group B saw Marcello Figuerro run out easy winner with Fraser Killian securing the runner-up spot.

In the semi-finals Fraser caused a shock by eliminating current champion Tristan by 6 goals to 4 after the match ended deadlocked at 2 goals apiece. Marcello secured his final spot by defeating Aiden by the odd goal in the other semi-final.

The final proved to be a really tense game and Fraser recorded his first victory by winning the title after a marathon penalty shoot-out (8-7) after a goalless final. Congratulations are in order for the new champion who proudly lifted the trophy and will definitely be back in the near future to defend his title.

The Under 18 section included 2 ladies along with 4 boys and was played on a round robin basis with the top two players contesting the final.  Newcomers Slade Daniels and Ronaldo Figuerro ended top of this section (Slade secured top spot with his superior goal difference).

The under 18 final proved to be an exciting encounter with Ronaldo equalizing in the last few minutes to send the game to a penalty shoot-out. However, Slade held his nerve and won the shoot-out by 3 goals to 2.

The 2 lady participants contested a Ladies Final which ended goalless.  It was decided by the tournament organizer to share the trophy as both games between Claire Figuerro and Danni Williams ended in a draw.

In the semi-finals Clifford accounted for Fernando by the odd goal while Richard insured a family final by beating Bryan by 3 goals to 1.

The final saw Clifford retain his title by edging out his son by 2 goals to nil. Richard however did have a chance late in the game to equalize which was missed and resulted in a counter attack from Clifford to score his second goal.

The evening was a tremendous success and thanks must go to Randburg Sports Club, especially Bryan Shenkyl ,  in affording the South African Table Football Association the opportunity to host  the tournament at their club. Talk is already underway for the following Randburg Challenge!!!!!

Geoffrey Marain was unstoppable in Templeuve


We had good fun tonight in Templeuve. Despite the turnout of 7 was low, there were many good games. Geoffrey Marain beat Vincent Coppenolle in the final (6-2). It's already the 5th victory for Geoffrey who will certainly become the new number 1 in the WASPA ranking soon. Maxime Hoguet drove from his place near St-Omer (France) to play his very first tournament and proved to be a talented player. The final ranking was as follows:
1. Geoffrey Marain
2. Vincent Coppenolle
3. Michael Ponthieux
4. Stéphane Lambert
5. Michaël Dupret
6. Maxime Hoguet (France)
7. Samuel Verriest
More tournaments will be played in Templeuve for sure!

The new version of the WASPA handbook is now available from https://docs.google.com/file/d/0B4_PpphlADgVMTYzMGJhZGUtOWIwMy00ODIzLWIzYzEtYmY1YjgwMTAyMzhh/edit?hl=en
There are some more changes like the updated grids for the rankings and rules about the tournaments with ETF rules and the national cups (that will be played from January 2013). Your comments are more than welcome so please don't hesitate to send some feedback!
Publié par Vincentcop à l'adresse 19:24 No comments:

Next tournament in Malta

Joe Debono has announced the club of Attard wil host another WASPA tournament on September 21. The event will be called "Independence Cup" and will be held at the FX. Dingli Club at 9.30 am.
Publié par Vincentcop à l'adresse 09:08 No comments:


Some short news of the tournament held in Attard on monday. 16 players were taking part and there were some good names but also some absent players among the "usual players" as Daniele Spadaro, Darren Bezzina and Simon Gauci were not competing. in the final, Mark Gauci beat George Ebejer (4-1) while Mauro Camilleri made a good WASPA entry by taking the third place. He beat Gordon Caruana in the 3rd place final (3-2).
Publié par Vincentcop à l'adresse 11:31 No comments:

There a is a last minute addition to the calendar: this sunday (august 5) there will be a tournament in St. Agnes (England) played under the "old rules" with players from England and Germany. The way points will be awarded to the ranking need to be discussed but we have the pleasure to have this tournament under WASPA banner and this is a opportunity we could not refuse!
Publié par Vincentcop à l'adresse 22:36 No comments:

WASPA has recently had good news from several places. There will be a third WASPA tournament in South Africa on August 24 at Randburg Sports Club and Clifford Graaff is expecting a very good turnout. 8 tables will be displayed and hopefully some more new players will be taking part. Germany is also going to make an entry among the organizers in the WASPA circuit as the german association is preparing a tournament to be held in the area of Ruhrgebiet. The exact location will be announced soon. Newcomers to the game are expected to be part of the show so hopefully there will be a good turnout. Finally, Gary Amani from Malaysia is trying to prepare a first tournament in Kuala Lumpur. Hopefully it will boost the interest in this country and create connections with the neighbors from Singapore.
Publié par Vincentcop à l'adresse 09:20 No comments:

Picture from the tournament held in California 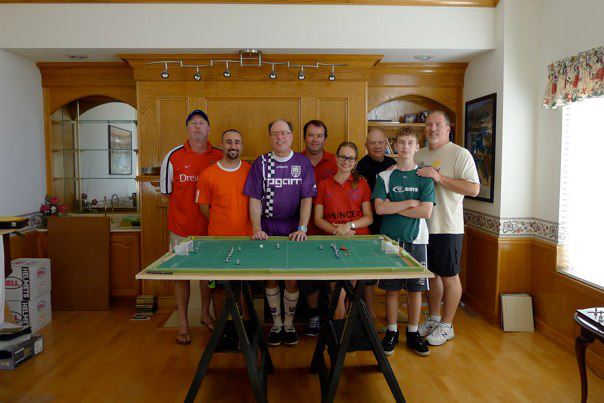 Here is a picture from Steve Tucker with 8 of the 9 players taking part are in the tournament!
Publié par Vincentcop à l'adresse 07:31 No comments: