This page is for all projects related to the Euro 2016 tournament to be held in France in June and July 2016. Some subbuteo fans will probably create replica kits of their favorite teams or organize tournaments under theme of the football tournament. All projects will be reported here.

Event for kids in Greece 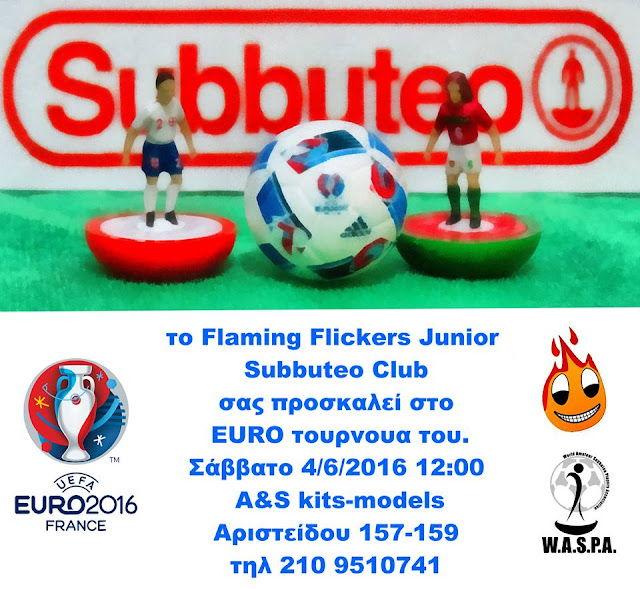 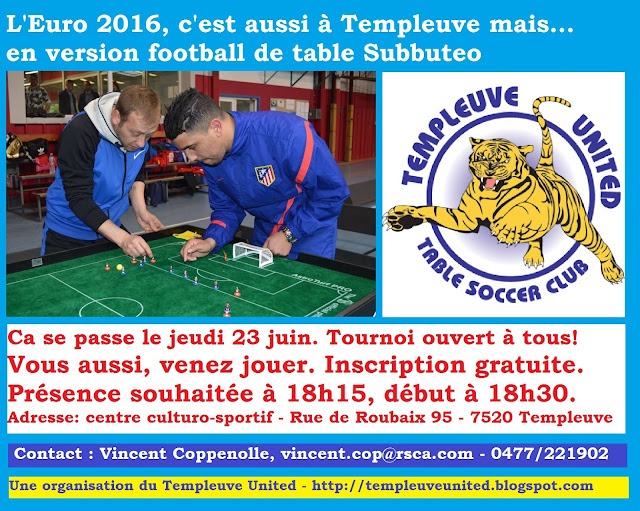 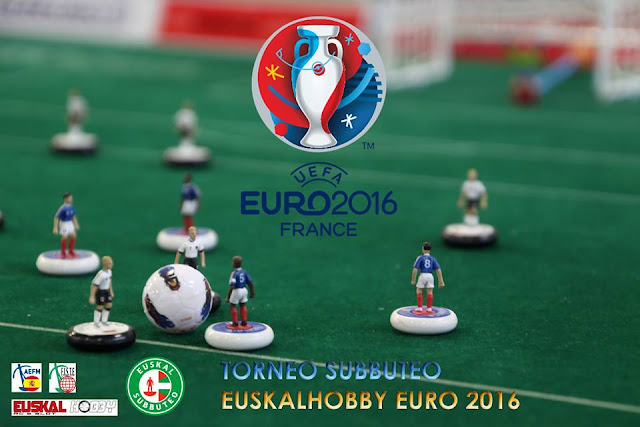 The event will take place on June 4. There is a Facebook event page here. 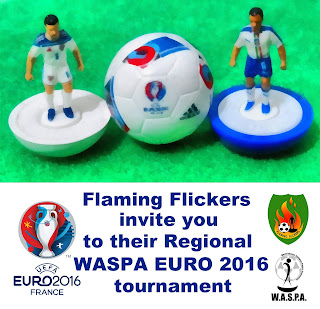 Euro 2016 tournament in Athens, Greece (by Pano Panagiotides)
Flaming Flickers Subbuteo Club decided to organize a regional tournament based on the forthcoming EURO 2016. 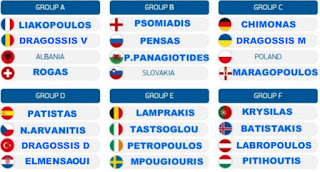 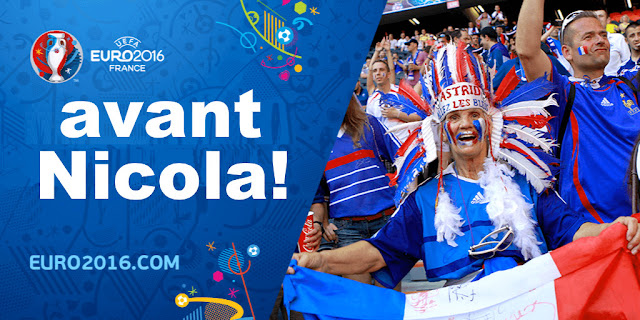 24 players will select their favorite national team from the qualified groups and will follow the match schedule and the crossings of the original tournament.Played with the original Euro 2016 decal balls sponsored by their host A&S kits-models and using everything possible to simulate the real tournament is already been fun from the planning process. You can simulate your own EURO 2016 tournament in a smaller scale.Enjoy and have flicking fun!