WASPA standings of November 2021 + some news

Dear friends, you will find in the attached files the results and updated rankings at the end of November 2021.

The last month was calm with only 7 tournaments added in the records. There were only events in Greece but also in the Southern hemisphere (South Africa and Australia). We hope to see things back to normal soon but we are aware it will take time to see more events in more nations soon. Until things are going better, we really want to improve the circuit.

To make things better, we have decided to carry on a survey to collect ideas and opinions about the WASPA circuit. If you have a few minutes, please be kind enough to answer the WASPA survey. Your opinion is very important! Thanks in advance for your answers!

Link to the survey: https://docs.google.com/forms/d/e/1FAIpQLSc9tOy4YTcg0b0gqPEmtlJnLCX5fP0Cw7ZJhwoUfk5ZtU914A/viewform?usp=sf_link

Another important thing is that several players want to see more visibility for the most active clubs. Therefore a page of the WASPA blog has been updated to promote all the clubs that organize regular events under WASPA banner.

If your club is not listed but would like to be involved, please drop me a line as well. We are sure we can help each other!

Thanks in advance for your feedback!

Link to the page: https://waspa-circuit.blogspot.com/p/waspa-top-clubs.html

We remain at your disposal for any information regarding the circuit. Your ideas to improve the WASPA circuit are also more than welcome. 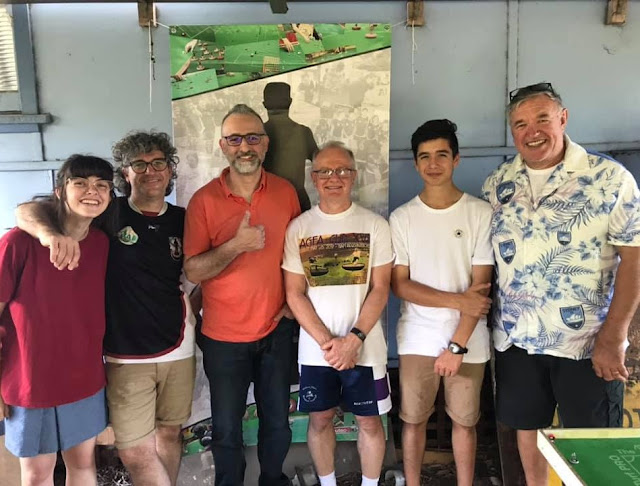 FINALLY! Back in action after a loooong 11 months with no events, firstly due to the closure of our beloved Good Games Bella Vista clubhouse then the outbreak of COVID-19 and the ensuing shutdowns, subbuteo has not been able to be played competitively by the club. But, with the recent relaxation of some of the more stringent social distancing rules, and by moving the tournament to an outdoors venue, November 14 saw the return of Western Sydney Subbuteo's monthly WASPA tournaments.

A few regular faces, including visiting Northern Falcons Steve and Eliot, were joined by Imojjen playing her first games in just over a year, and newcomer Ethan, who has learnt the game at school and, following one Junior Tournament a couple of years ago, played in his first open tournament.

A league format was decided upon, with all 6 players playing each other once. Early games went as could be predicted - Eliot and Steve slotted regularly past Costa and Imojjen respectively, while Adrian dominated Ethan but only managed a single goal. In the second round, Eliot opened his scoring after 20 seconds against a rusty Imojjen, while the other two fixtures ended in hard fought draws, Costa versus Ethan and Steve versus Adrian. Ethan scored his first goal in the next round as Imajjen had a stranded traveling 'keeper moment, while Adrian just did enough against Costa. Meanwhile, Eliot was refinding his touch, defeating Steve, with three of his goals coming in the last couple of minutes of the game. Adrian eased past Imojjen in the penultimate round, as Eliot did with Ethan, while Steve had a much sterner task beating Costa 1-0.

Which left a tantalising final round. Adrian knew he had to beat Eliot to take the title, while Steve was counting on Eliot to win so that he might slot into second place, with Costa an Imojjen battling each other to move from the bottom of the ladder. Costa was victorious by a single goal in his efforts. Adrian capitulated to Eliot, with Eliot giving him no chance to slip past him on the table. Eliot destroyed Adrian 4-0, including some divine goals from tight angles. Which gave Steve the inside running for second place. However, in the day's biggest upset, Ethan showed he had learned a lot from his first 4 senior games and held the FISTF President to a 1-1 draw - much to the delight of both himself and Adrian.

A perfect Spring afternoon made the outdoor venue quite accommodating, with the occasional breath of wind catching the ball, but only to the level of making it a bit of a charming novelty, rather than an annoyance, also keeping the temperatures very pleasant. The play throughout the tournament was, as ever, in great spirits with an excellent time had by all.

Email ThisBlogThis!Share to TwitterShare to FacebookShare to Pinterest
Libellés : About WASPA, Australia, Results 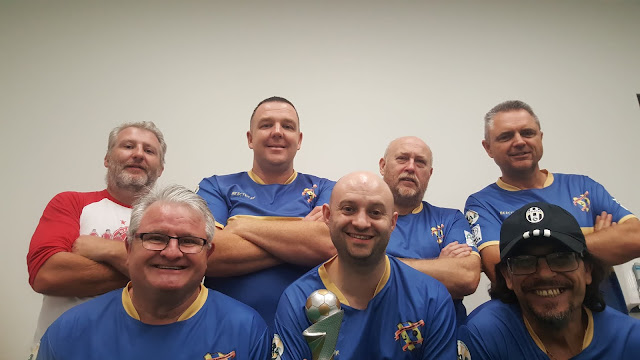 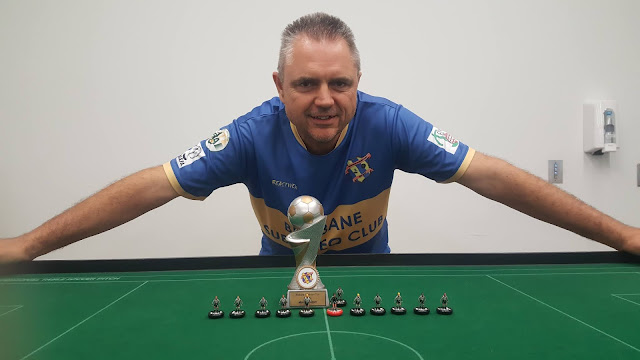 Brisbane Subbuteo Club was back in action on Sunday with a great event attracting seven players. Shane Robinson (Ipswich Kestrels TFC) made his come-back and all players had 6 games; At the end of the day, Gus Gillespie finished on top of the league to claim his 14th WASPA title. The next appointment in Brisbane is December 13. 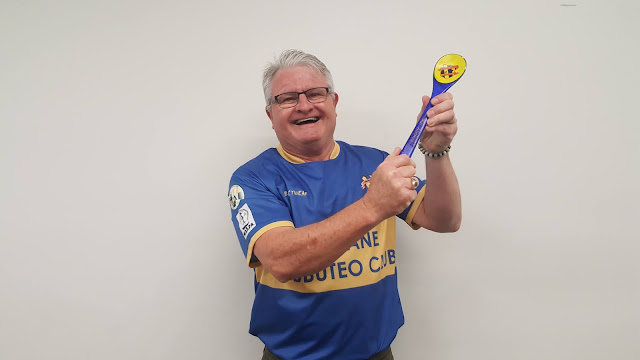 Anas bin Rahamat did it again in Singapore

In October, Vikas K. Chandiramani held a small WASPA tournament under the flag ofd the Singapore Table Football Association. Six players were competing with group games and then finals. Anas bin Rahamat defeated Vikas K. Chandiramani in the final (3-2) while Den Mulia Defeated Italy's Enzo Fornaro in the game for the 3rd place. This is Anas's 38th WASPA title, which brings him in the top 5 of the all-time winners.

here are the updated records of
the WASPA circuit after the 17 tournaments played in October.

See PDF file with the results

See Excel file with the rankings and statistics

Unfortunately the virus is stopping more and more clubs and the activity of the WASPA circuit has been limited in the last few weeks. Some nations like Greece and England had a decent number of events but things have been more complicated for many other nations.

We have been glad to see succesfful tournaments with great number of players and to see the first tournament in Belgium for 7 months. Malta was also back in action with a good tournament in Bormla where 16 players took part. We had the first event in California for months and England has continued to host many great events. The development in the South of England is really impressive. Cheers also to our friends in Johannesburg who had another event where new players were introduced to the game.

The virus has a very negative effect on rankings as we lost more players in the overall individual ranking in October. We really hope that once the virus is gone we will rebuild a stronger circuit.

Greece is now on top of the 2 rankings of nations while the Flaming Flickers SC are leading the top clubs section and Surrey Saracens SC from England is on top of the Development league.

We remain at your disposal for any information regarding the circuit. Your ideas to improve the WASPA circuit are also more than welcome.

Have a great week and a great new season.