Steve Bennett is not only one of the most active players in the Scottish and International circuits, he's also the organizer of the prestigous Tayside Kickers club in Arbroath, Scotland. 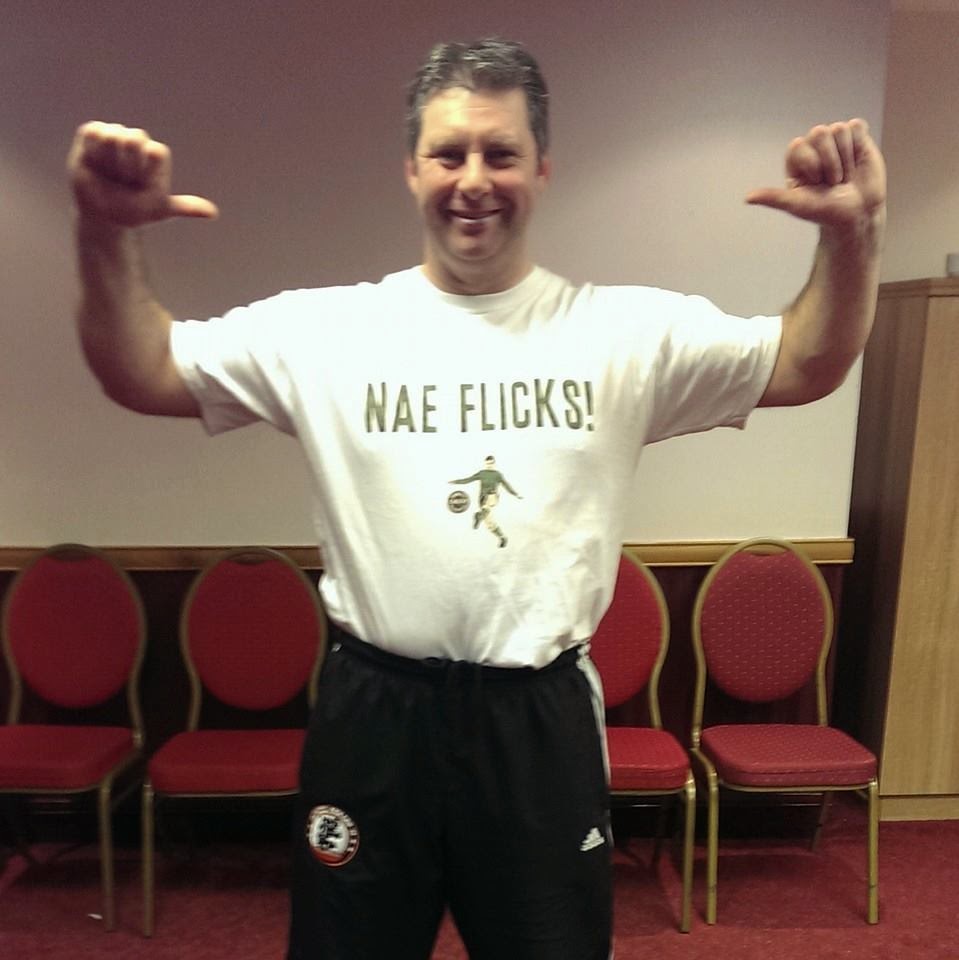 When did you first start to play Subbuteo and what was the first team you got bought?
SB: I received a World Cup Edition for Christmas in 1974, it had Brazil, Holland & England in it already so I had no reason to buy a team straight away but if memory serves me right it was Poland (39).

How many years have you been playing and what are the main titles you have achieved in any level?
SB: Been playing since 1974 till 2014 so that's 40 years but I did take a sabbatical from 95-05 and since I've returned I've never looked back. As for titles I would say that being the STFA Champion on about 8 occasions now has been the best for me so far, but it's not about titles anymore it's about getting more people involved so the best title I have to my name now is Tayside Kickers '91 TFC!

What is the best thing about this game and why would you recommend it to someone?
SB: The best thing about this game is very difficult to nail down, if you want to play at a high level then get as many FISTF events under your belt as you can but that then comes at a cost so I believe in a balance in the game of what is good for the individual. Meeting new players is always a good thing, coaching new players and seeing them prosper is a great thing!
As long as each individual gets out of the game what they want then it's all good, just have fun and enjoy every game, good or bad, you always learn something from it!

Your most memorable moments from this game happy or even sad?
SB: Memorable moments have been many for me, probably the best moment and most significant was a goal I scored against my good buddy Dave Pawsey at an event in Dumfries. It was this goal that made Dave want to sign me for the E.P.L team from England which led me into Europa Cups etc and further signings to Rochefort T.S and Stembert S.C which I thank them all very much for the experiences gained.

Who was your strongest opponent and who is your favorite player and why?
SB: I have played a lot of strong players but I would say the toughest player is Chris Thomas, as for a favourite player I would say Dave Pawsey and Chris Thomas, both guys are down to earth and very helpful but there are others out there!

Is it a sport or a game ? what is your opinion about this question that many people ask?
SB: It's a sport with a dedicated following but unfortunately in the UK it will always be seen as a toy!

What improvements would you like to see in the future and what would you suggest to improve things?
SB:  This is a very complex question, the game has come on leaps and bounds now thanks to the efforts of individuals with the ideas of new bases and equipment etc. but the way forward now is in the hands of the Italians, they are far more advanced than everyone else and take the lead in my book. Maybe all nations need to look and learn!

What would you recommend to someone who starts the game now? What are the secrets for top performance?
SB: My opinion on this is basically a fast track idea, do not let new players fall by the wayside. Get them involved straight away and give them the best advice you can and be there to help them and encourage when you can, just make sure they get it!

What are your feelings about how FISTF and WASPA are working and doing something for the game nowadays?
SB: Best way forward in my eyes, the game is big enough for both, no more crap, let's get on with it!

What would the WASPA rankings? Do they mean something for you?
SB: For me it's another avenue for developing the game and raising awareness, keep up the good work!