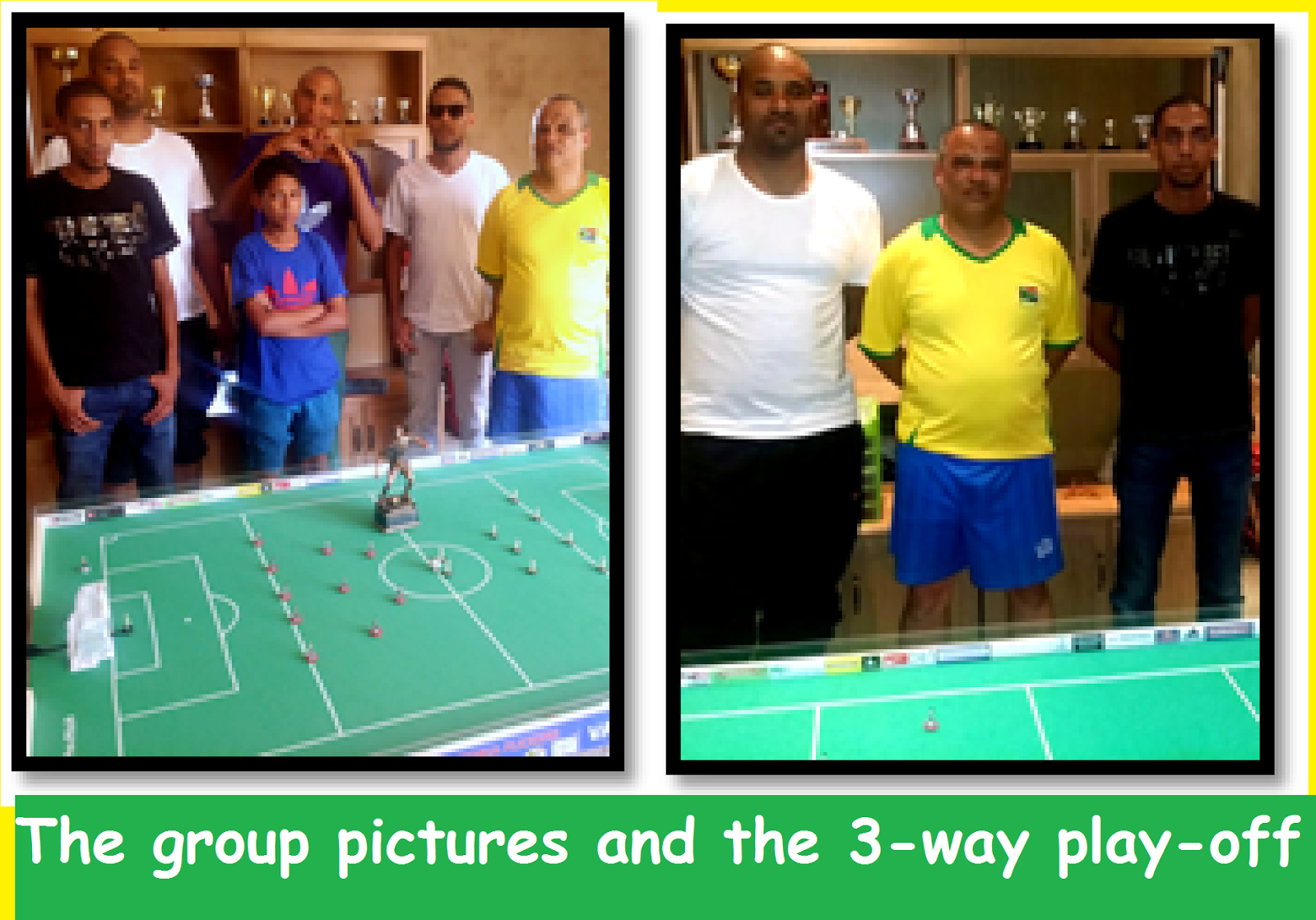 The Pretoria Flickers Club held it's final Club event for 2014 - the PFC Copa del Clausura - which saw 6 members participate in the event. The day started with the two pre-tournament favourites facing off : Chessray Jooste 3 v 0 Jayden vd Merwe, and when Chessray beat Justin Thumbran by 3-0 in Match 7 it was clear that Chessray established himself as firm favourite for the event from then.
However, in Match 12 the score ended Chessray Jooste 1 v 2 Bevin Reed - and suddenly Bevin was top of the standings with only 3 matches left to play. After a disappointing run during last month's Super Cup, Bevin surely looked fired up : both a 2-0 win over Kegan vd Merwe and a hard earned 1-0 victory over Jayden vd Merwe preceded the 2-1 win over Chessray, certainly testified to how well Bevin was playing. Jayden's 0-1 loss to Bevin in Match 10 was his (Jayden's) second defeat on the day - and that result, together with the opening 3-0 loss to Chessray was enough to knock him right out of contention, even though he posted two 3-0 wins over both Justin Thumbran and Kegan vd Merwe in earlier rounds. Chessray would go on to beat Kegan vd Merwe by 2-0 in Match 14 to tie Bevin on 7 points.

The "Match of the Day" came in Match 8 : Bevin Reed 2 v 4 Julian vd Merwe - a good display with both players playing very well. That result was Bevin's only loss on the day. In Match 13, a win for Julian would have taken him to 8 points - and thereby gauranteeing the title, but the match ended Jayden 2 v 2 Julian, a match in which Julian had to come back twice to force the draw - a result which ensured Julian eneded the day as undefeated! The draw for Julian also meant that he tied Bevin & Chessray on 7 points - thereby forcing the event into a 3-Way Final Play-off.