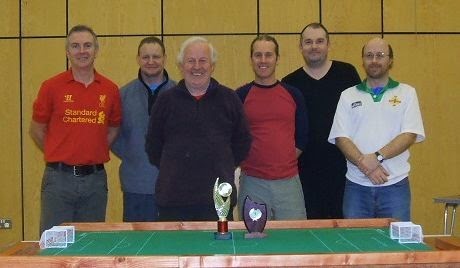 Dublin's Mark Farrell won the title for the 3rd time in four seasons, beating Kenny Beggs 4-2 in the decisive match. Both players had won all their matches in the 7-player league before they met in the final fixture. Great to see new player, Craig Stewart, in attendance and Brendan Rodgers from Donegal. Mark's victory means that he has won all four Irish Circuit events in 2013/14 to become Circuit Champion for the 4th successive season.