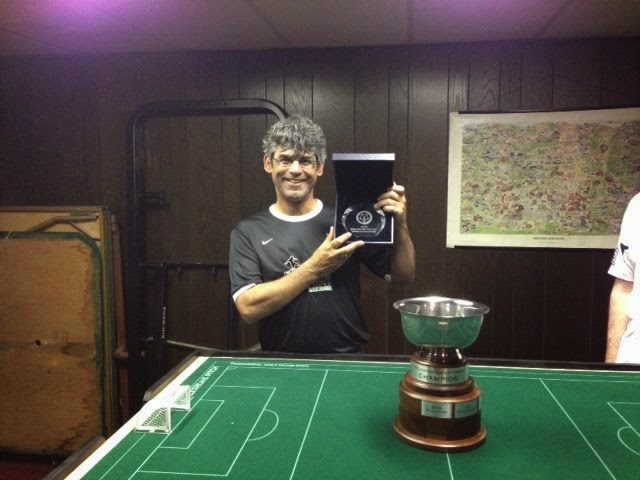 On Sunday, November 9th, the ninth annual Delaware Valley Open Subbuteo Championship was held with seven players competing in two groups, a group of four and a group of three players. Winning his first ever DVO championship was Gregg Deinhart in an overtime thriller over three time champion Paul Eyes.

In an exciting final, both players had their chances to win it in regulation but it would take overtime to decide the winner. Again, Paul and Gregg had opportunities to win but it was not until 2:06 minutes remaining in overtime that Gregg Deinhart was able to dent the twine and capture his first Delaware Valley Open Championship. Congratulations to Gregg Deinhart and thank you all who participated. It is always a pleasure hosting this annual event!