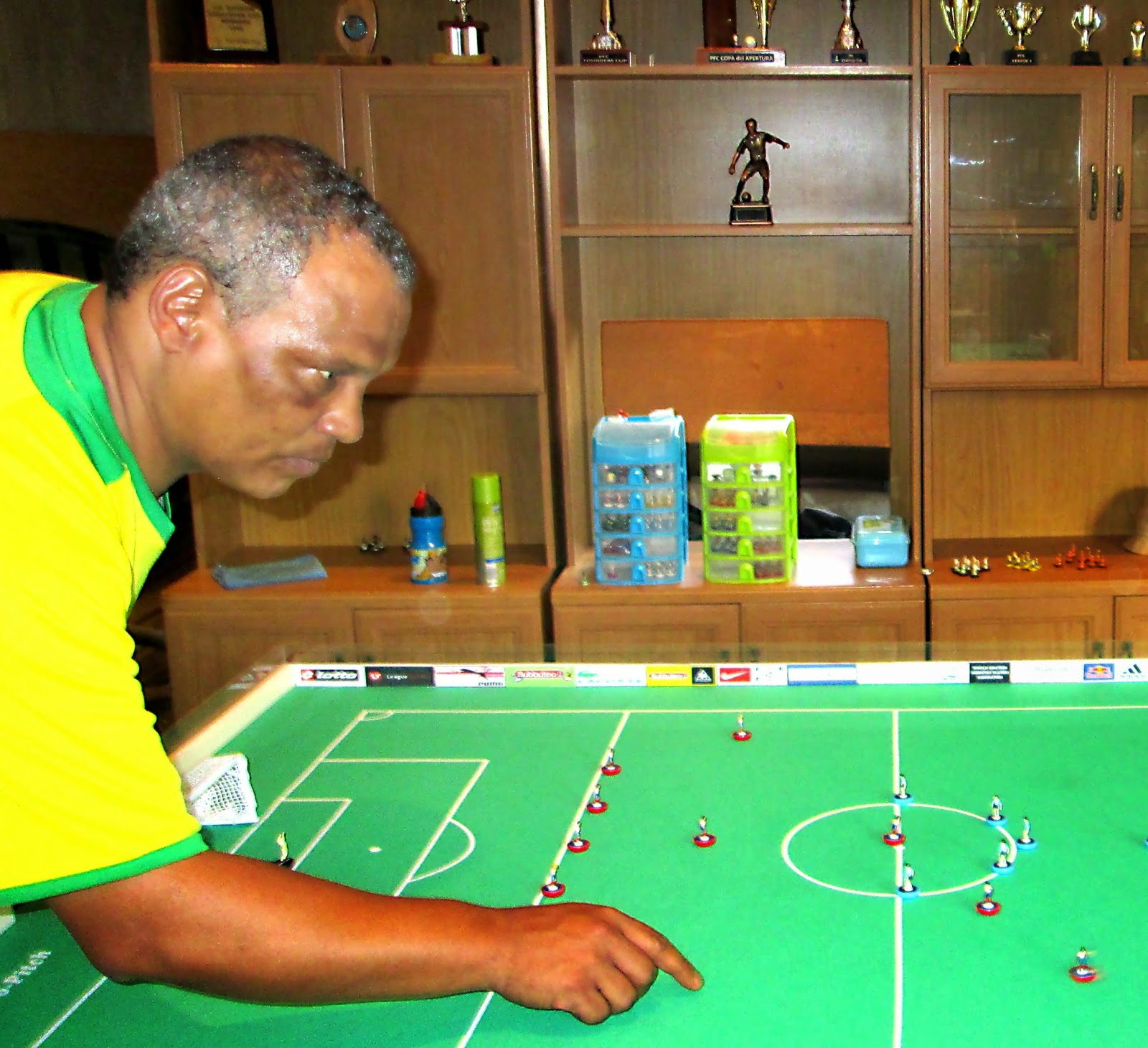 When did you first start to play Subbuteo and what was the first team you got bought?
JD: My first set ever was in 1976, as I fondly recall bought by my Grandfather as a gift. It was the World Cup Edition – a big box, 3 layers of items packaged within the box. I think the set contained the England, (then) West Germany & Netherlands national teams. I remember staring very wide-eyed at this massive box, and it was much more than I actually wanted – as all I wanted was the basic Club Edition !!

How many years have you been playing and what are the main titles you have achieved in any level?
JD: I played a lot with friends & nephews in the late ‘70s & ‘80s , but all for fun & no structured / official leagues at the time, so no major achievements there !! My recent achievement came on 6th December 2014, when I captured the PFC Copa del Clausura title. But I think my biggest achievements must be the founding of PRETORIA FLICKERS CLUB in March 2013, teaching my youngest son Jayden van der Merwe the beautiful game of Subbuteo, and finally being appointed as Vice Chairman (Pretoria region) and Communications Manager to SATFA (South African Table Football Association). I feel my ultimate achievement would be to expose and development this sport to as many people as possible in our country.

What is the best thing about this game and why would you recommend it to someone?
JD: The best thing for me is the “hobby” part of this beautiful game – the collecting / trading and painting of team sets & accessories. The game itself teaches you to maintain concentration levels. The other thing that the game / sport brings is the opportunity to meet fellow players that share a common passion, that is Subbuteo.

Your most memorable moments from this game happy or even sad?
JD: Playing with friends & nephews in my teenage years – during school holidays we would play all day long, and only the fact that night time fell would force us to stop ! The other memory I fondly cherish is from the early 2000’s when I exposed my eldest son Kegan van der Merwe and my nephew Chessray Jooste to Subbuteo for the first time – both of whom are now senior players within Pretoria Flickers Club, and both who were also instrumental in the founding of Pretoria Flickers Club !

Who was your strongest opponent and who is your favorite player and why?
JD: Clifford Graaff (SA) – he plays a very methodical game and I think many players here in South Africa can learn plenty from him.

Is it a sport or a game ? what is your opinion about this question that many people ask?
JD: It is most certainly a sport now, as you need to concentrate and plan each flick carefully.

What improvements would you like to see in the future and what would you suggest to improve things?
JD: In South Africa – to expose this sport to the maximum. And I think our SATFA Chairman, Clifford Graaff, is currently on the right path with his vision for 2015 to develop the sport in our country.

What would you recommend to someone who starts the game now? What are the secrets for top performance?
JD: For anyone starting right now...... Firstly, have fun, fun & more fun.....then plenty practice against “stronger” players to sharpen your skills.

What are your feelings about how FISTF and WASPA are working and doing something for the game nowadays?
JD: These two organizations are doing wonders for Subbuteo all across the world. I also think that current WASPA Chairman, Vincent Coppenolle, has the expertise to work in union with FISTF.
WASPA is a great idea – as it gives us “amateur” players a sense of “belonging” to a “world body” as well.

What would the WASPA rankings? Do they mean something for you?
JD: Yes – I always eagerly anticipate the monthly updates, and head straight to the Individual Rankings and Ranking of Nations pages ! 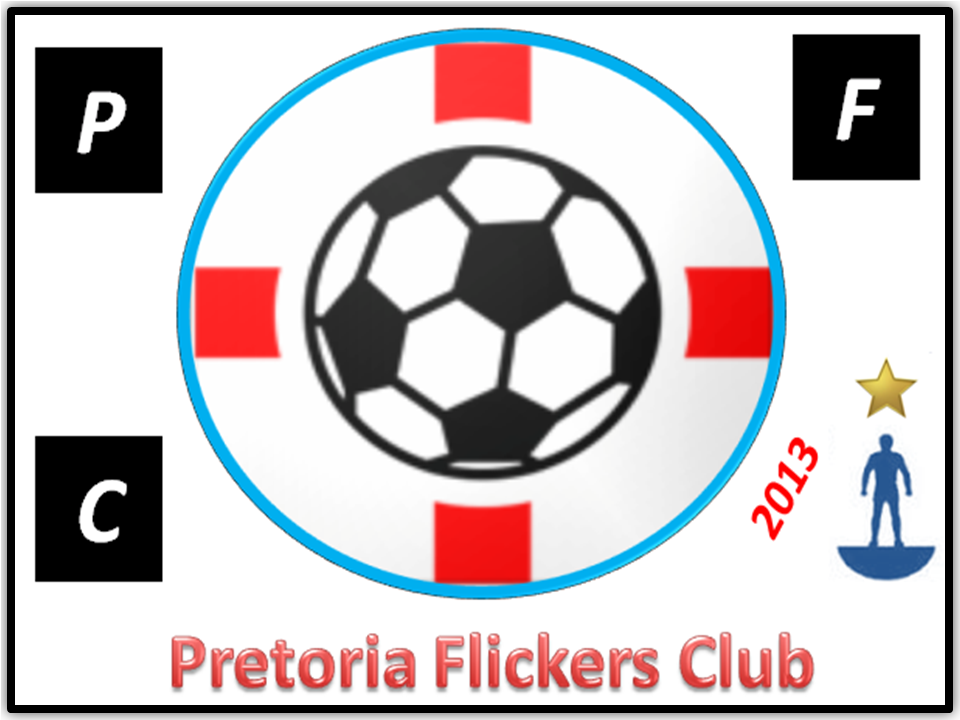