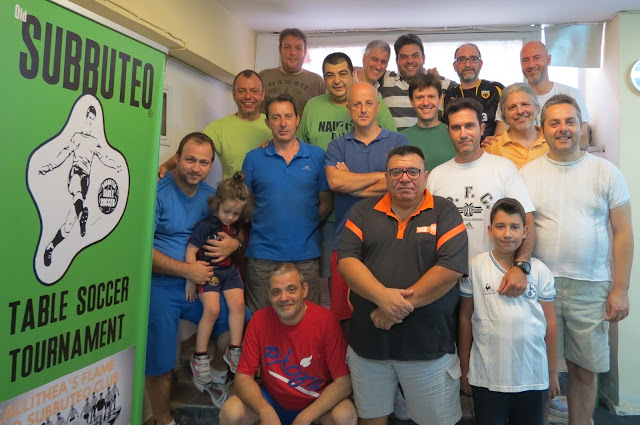 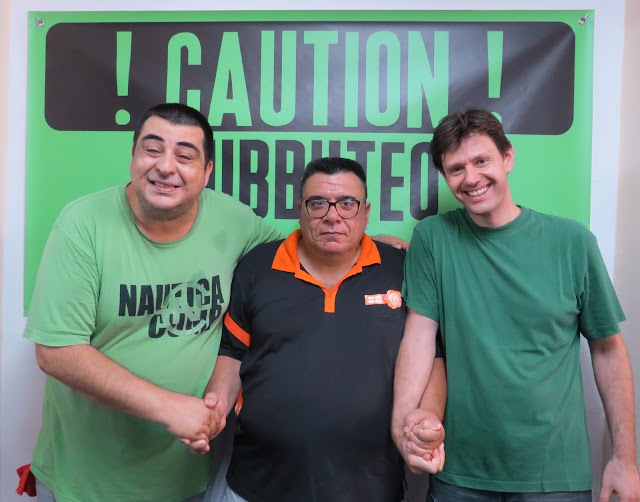 The tournament was held in the memory of Zacharias Pitihoutis, Greek National and Panathinaikos Athens player that passed away this year in May.

He was the uncle of our player Giorgos Pitihoutis and member of the Panathinaikos team that took the Greek Champions title in 1963 undefeated. He was a great player and a great personality that was loved by supporters of all teams.

His nickname was "Gagarin" after the Russian astronaut because he was jumping too high for the headers and reminded the astronauts space jumps.

The tournament was played with lightweight subbuteo equipment and the old rules and players followed the teams of the 1963 championship.

Win 3 points, draw 2 points and loss 1 point was the system used back then. Winner was Vangelis Scotiniotis who defeated Leonidas Koutrouanos (2-1) in the final. Congratulations to the winner and to all the participants.

The Flaming Flickers will now have a tournament played with the old rules on July 25.