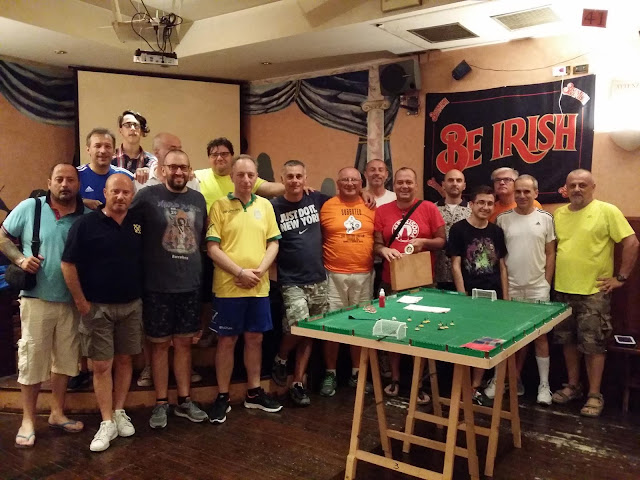 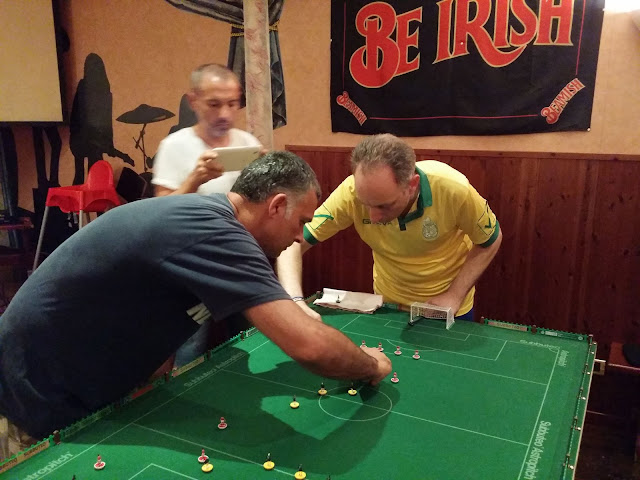 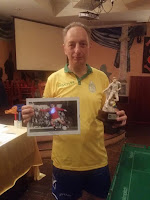 The 6th edition of the "Trofeo Subbuteo George Best" took place on Saturday in Tolentino (Italy) and was organized by the club of Macerata. This tournament played with the old rules had a good turnout of 15 players with a majority of players from the home clubs but also representatives from Giulianova and Ancona. After the group stage played in three groups of five, the tournament was decided in knock-out games. Alberto Gagliardi (Macerata) defeated clubmate Mario Marcolini to win the title. Adriano Iobbi (Giulianova) and Alessandro Battistoni (Ancona) reached the semi-finals.
Publié par Vincentcop à l'adresse 13:32