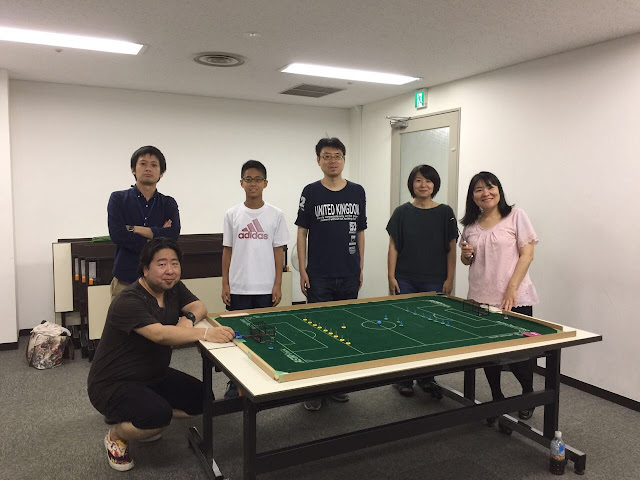 On Saturday six players met in Sakura Living, Yokohama City to play the tournament organized by the club of Sakuragicho TFC. Suguru Fujino (Sakuragicho TFC) won this tournament after extra-time in the final game. Taichi Kato (Yokohama OSC) lost the final and was therefore runner-up!
the next WASPA tournament in Japan will be hosted by OSC Yamato and will be held on July 29.
Thanks to Hideaki Wada for sending regular reports of the activity of the game in Japan.
Publié par Vincentcop à l'adresse 20:44