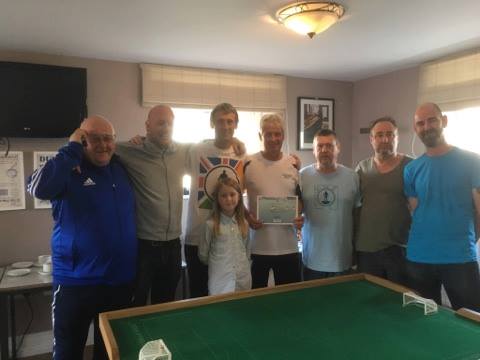 Richard Stock wins again at the 9th London Road Subbuteo Club Tournament in North Wales. 9 players attended and a Swiss 5 round system was played. Richard won with 4 wins and a draw with the returning Trevor Schott who finished 2nd, only losing 1 game to Cayne Matthews. Brian Daley finished 3rd and Martin Blanchard came 4th. Great days play with all players having a great time.