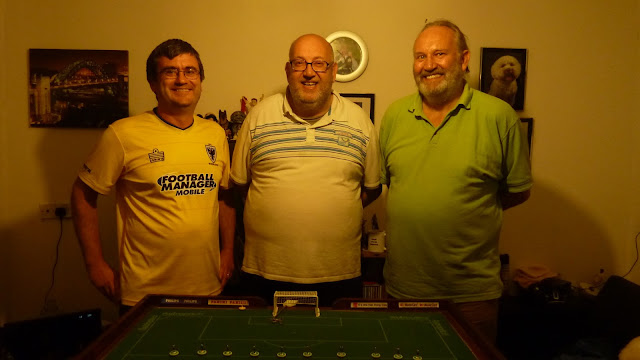 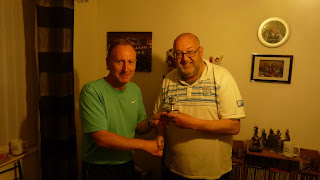 Dave and Nigel drew the first game 1 – 1. While both players had chances to win, Nigel should have scored midway through the second half when he shot wide of an empty net.  Game two finished Andy 0 – 0 Dave. Again, another tight game between these two that could have gone either way. The final game was very close with both players creating but not scoring. A nervous Nigel was mentally preparing himself for a shootout with Dave, when Andy made a cool move down the left (not like him) and took his time to score from a tight angle. It should be noted that Andy played both his games in an inebriated state after drinking several Jamesons Whiskeys, celebrating with a friend earlier that afternoon. Perhaps he should try this more often!

Thanks to Andy for his hospitality and entertainment. Another excellent mini tournament in Shields!