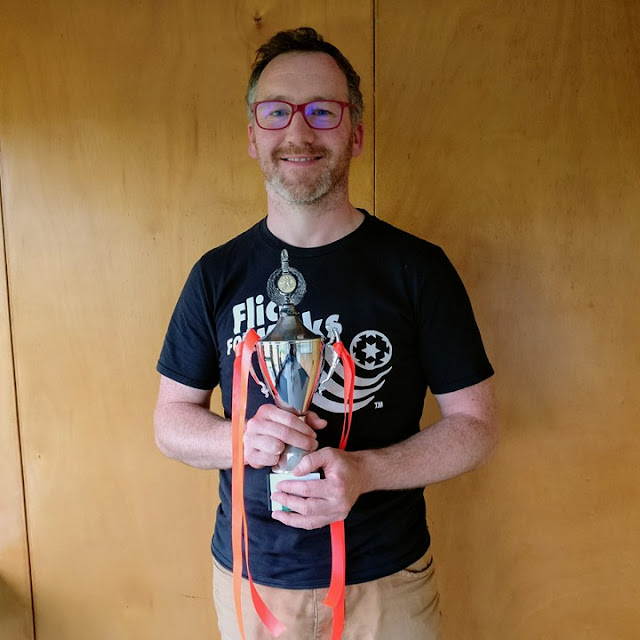 The Scottish Cup took place in Lethem on July 9. the tournament had a great turnout of 16 players coming from the country's two active clubs: Dundee United TFC and Glasgow TSA. The event was played in knock-out series with 8 players qulifying for the main event while the other eight played the consolation tournament. In the main event, Gareth Christie took the honors after defeating Rob Conway in the final (1-0). Conway was the surprising winner in the shootout of the semi-final against Steve Bennett. David Baxter was the other-semi-finalist. In the consolation event, Malcolm Lees took the honors after defeating Andy Beskaby in another close game (3-2).

One week later, Dundee United had their last tournament of the season. This time there was a amsller turnout of 5 players who played each other twice. This time Steve Bennett took the honors after finishing on top with 28 points while Andy Beskaby was runner-up with 21 points. Rob Conway was third, David Baxter 4th and Craig Thom 5th.
Publié par Vincentcop à l'adresse 21:55