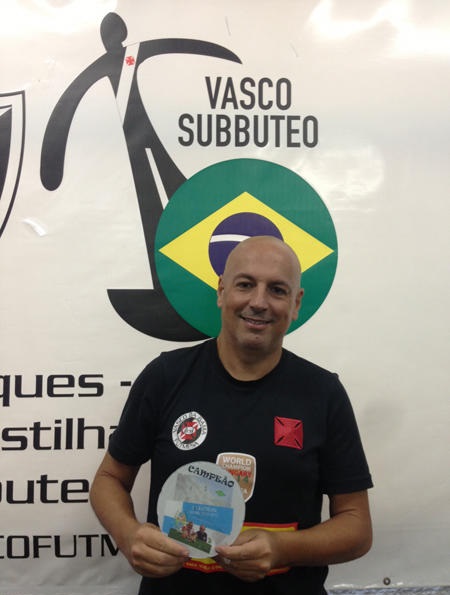 The 2015 Rio de Janeiro State Subbuteo Championship was held on June 14th. The competition was played at the Vasco da Gama Table Football Division  on the Antonio Soares Calçada Gym, in São Januário Stadium. Before the championship, there were some exhibition games with italian Saverio Bari. The matches were streamed globally thru the Internet. Bari, who has already won  the Italian championship, Champions League and World Cup was in São Januário for the dispute and witnessed the evolution of  the international sport in our country.

For the Carioca 2015, the contestants were divided into two groups, where the top two players in each group advance to the semi-finals. In the semifinals, the confrontation between the brothers Marcelo and Toninho ended tied at 1-1. Toninho ended up winning on the shoot-out (1-0). In the other semifinal, Daniel Matos assured his place in the final by defeating Felipinho. On the final, Toninho became the champion by defeating his teammate Daniel Matos by a score of 2-0. In the race for the 3rd place, Marcelo Lages defeated Felipinho by a score of 4-1. 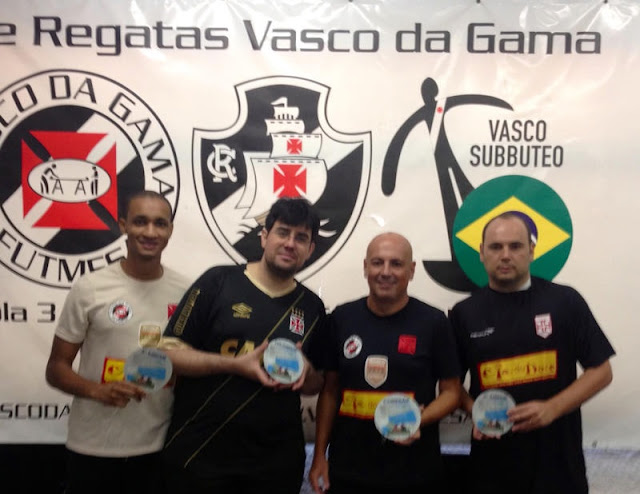