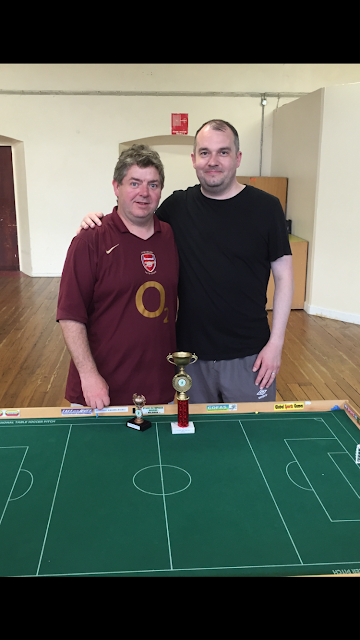 The first Irish tournament this year held last Saturday and was called "The Celbridge open". Organizers had a low turnout of 5 players but played two tournaments. Both were on a league system with 4 games each. The first was to fistf rules in the morning which Mark Farrell won on 12 pts from John Moore on 9, Ken McKenzie in 3rd on 6pts.