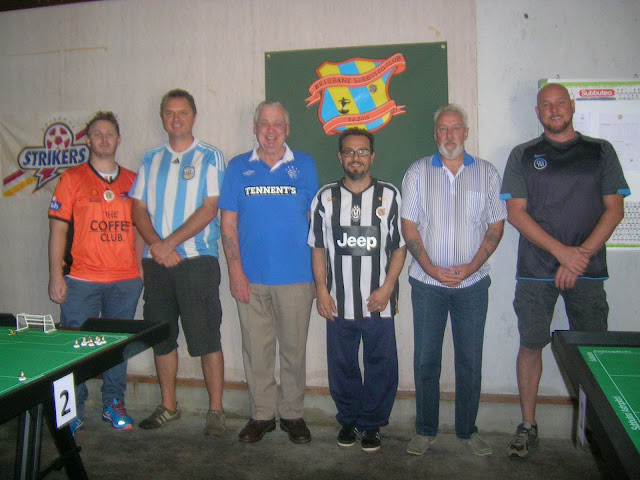 This month’s tournament was a long day, but very enjoyable for all. A new member and a new name on the trophy too. The first round of games had Rik Bland topping the league table, with Giuseppe Tardiota, Andrew Bennett and Gus Gillespie completing the top four spots. The semi finals were a repeat of last month’s encounters, with the same outcome – Andrew beat Giuseppe 2-0, and Gus beat Rik 2-1, (in which Rik scored a bizarre own goal). The final again went to extra time, and this time Gus prevailed and earned a 2-1 victory. Having built slowly, and peaked at the right time, Gus was delighted with his first trophy.

New member Andy Rigden, previously represented Wales internationally, and after a very lengthy lay off, is keen to get back into the flick of things again. A little time to polish up on the latest rules will no doubt see him contesting the trophy.
Congratulation Gus Gillespie 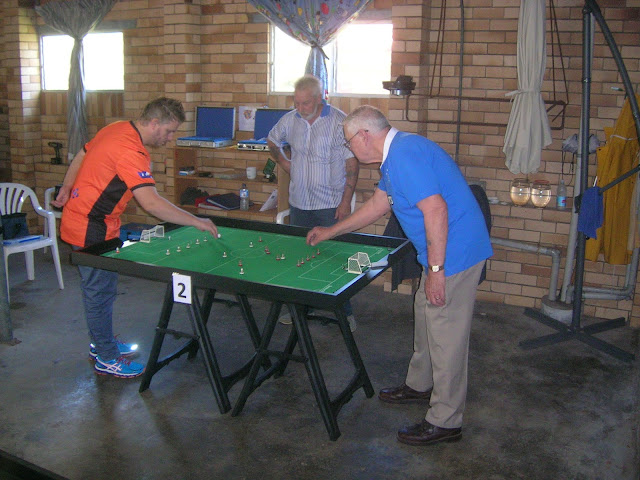 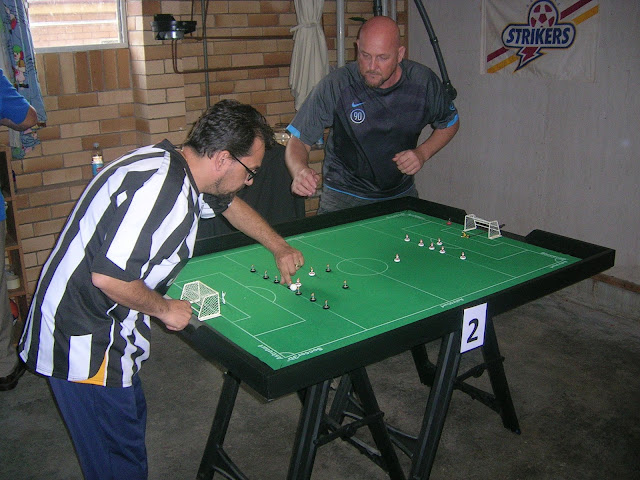 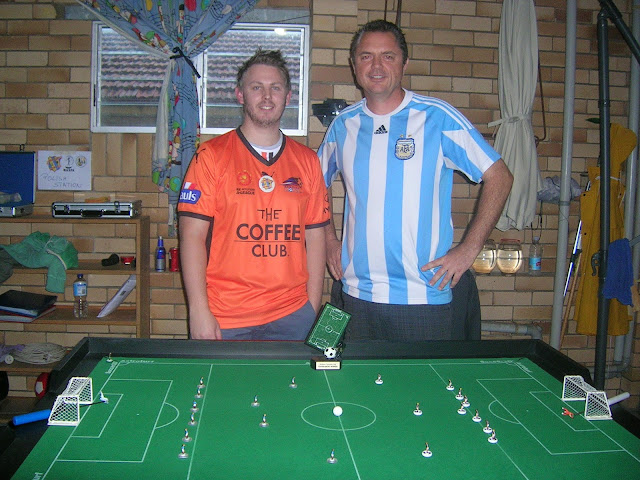 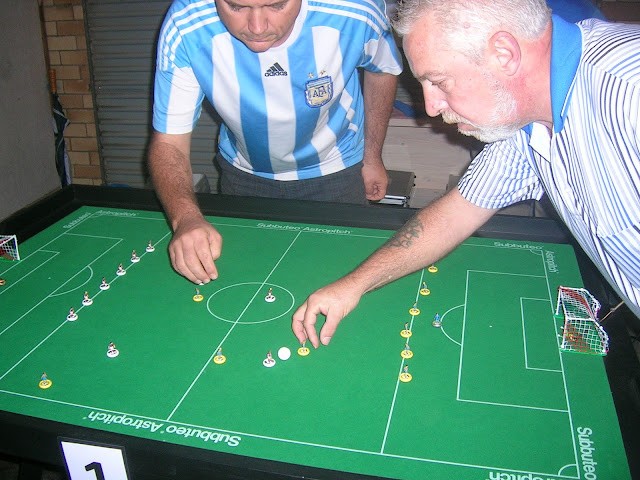 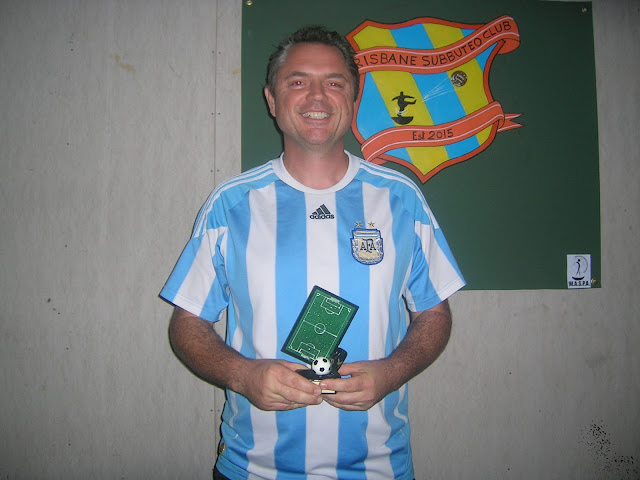