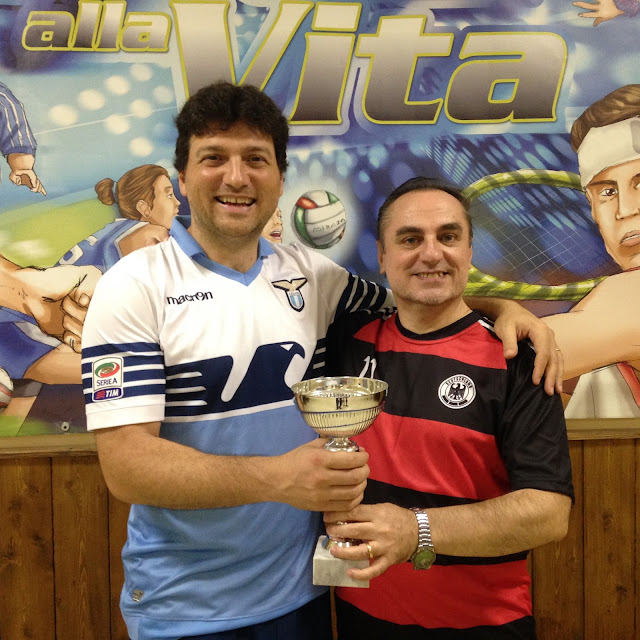 On June 17 the last leg of the WASPA Lazio League this season was played in Rome with a good field of 14 players, all members of SS Lazio TFC. The event was as always played in Swiss system. Patrizio Lazzaretti was again the winner of the tournament. he won the decisive game int he last session against Simone Trivelli (3-2). Trivelli has a good consolation as he is the winner of the WLL 2014-2015 for the second season in a row. The evening was special for several reasons, including the visit of Diego Tagliaferri who had now played for a long time. Diego finished the event with 3 wins and a loss and finishes in 4th place, right after Trivelli and Gianmarco Del Brocco. Simone Trivelli is therefore the season champion with 152 points while Patrizio Lazzaretti is second (131) and Gianmarco Del brocco (123) is also on the podium. Then come Luigi Aniballi (95) and Paolo Barone (94).
Publié par Vincentcop à l'adresse 14:43