After a tense and closely fought match, Bernard Lim of Singapore triumphed over Steve Dettre from Australia.  While Bernard dominated possession throughout the match, Steve took the lead against the run of play with a well-taken shot.  The scores was 1-0 in Steve's favour at half-time.  Thankfully to the cheering home crowd at Sports Hub Library, Bernard managed to score the elusive equaliser with about 6 minutes of the match to go.  And to the loudest cheers of the home crowd, Bernard just managed to squeeze in a shot of the near-post and then off Steve's goalkeeper to score the winning goal from the tightest of angles!!  With 3 minutes left to play, it was all-out attack from Steve.  Alas, Bernard held on to emerge victorious!! 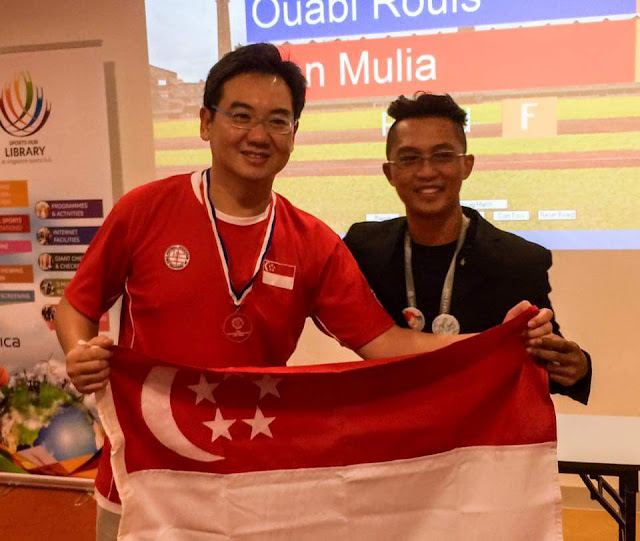 Watching on the sidelines are the 2 losing semi-finalist: Hideaki Wada (JPN) and Chandru Chugani (SIN). 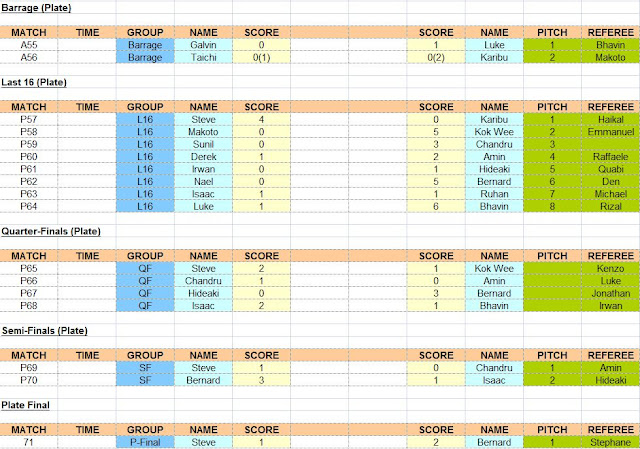