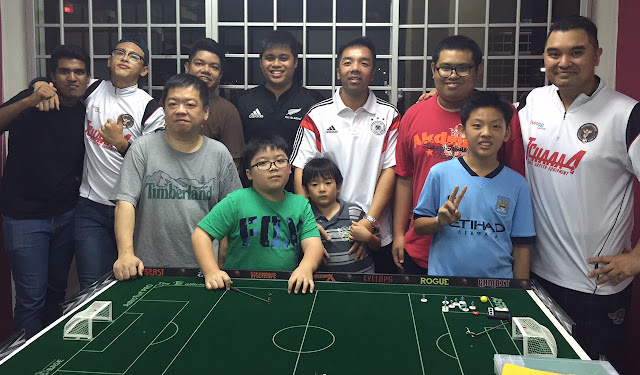 The month of May came in a flash & once again it was our club league WASPA games. A total of 11 players came but only 8 participated as we wanted the other 3 newbies to have more games among themselves before playing with the other club members.

With only the top player of each group qualifying for the final, it had to be settled with the last group game to ensure group A winner. Both Nic & Fauzi cruised pass their 2 other opponents easily and the final game between them was very tensed. In the end, the cooler player, Fauzi solitary goal was enough to ensure his 1st ever WASPA final where the group leader Rudy was waiting after the latter had won all his group games. 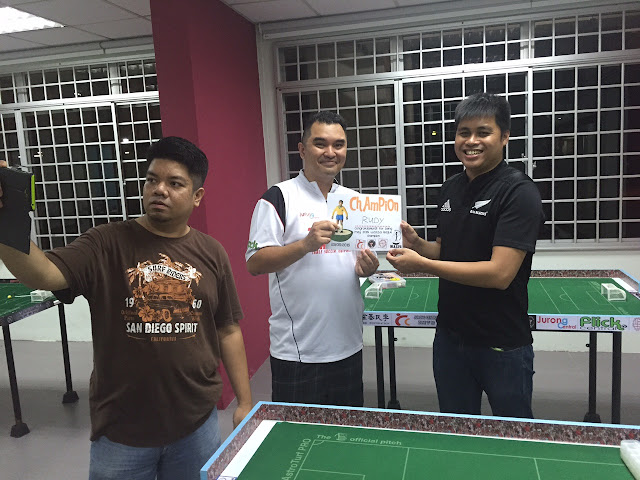 Final: Fauzi vs Rudy was played on the club "X-men arena" stadium. The club's new ASTRO pro pitch with Tcha goals was ready for the bog occasion. The game started as expected with Rudy attacking from the start but time & time again, Fauzi goalkeeping brilliance, keep the ball from going in. The crowd was expecting a goalless scoreline however Rudy manage to squeeze a shot pass the almost unstoppable keeper with 3 minutes  left. 1-0 it stayed and Rudy was once again crown Jurong WASPA winner.