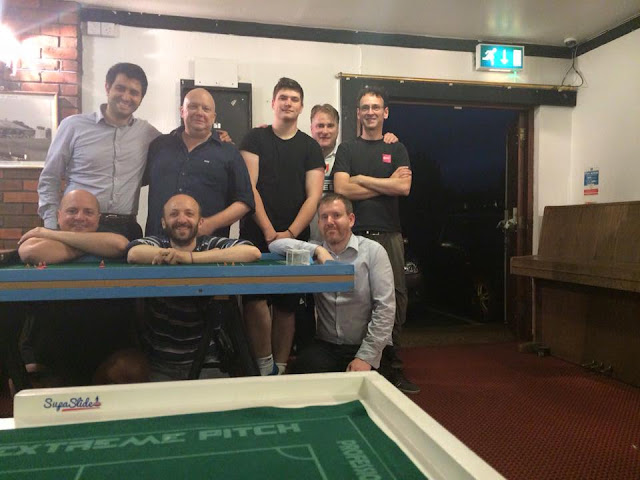 The Round 10 of the Harrow Waspa League played last night at the Tithe Social Club saw once again Luca Martinelli leading the final table after 4 Rounds of Swiss System with a poker of wins showing that he could easily be top of the overall table if he'd only attended more events at begining of the season, second in the night was Elliott Bellefontaine and third Rudi Peters which now leads the overall table (only because he played each event 😜) in front of Paul Andreas, thanks to Paul ODR from USA (next USA national WC player), Victor Jones, Elliott Bellefontaine, Gianpaolo Vitulano, Paul Andreas, obviously (not) Luca Martinelli and Neil Doherty (looking forward to his first season at harrow) for turning up hopefully I'll see you all and more to the last round in July.