Marco Ghigliotti is the master of old rules 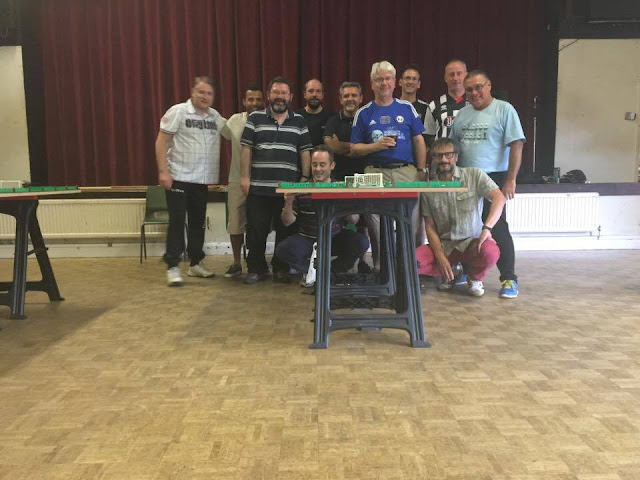 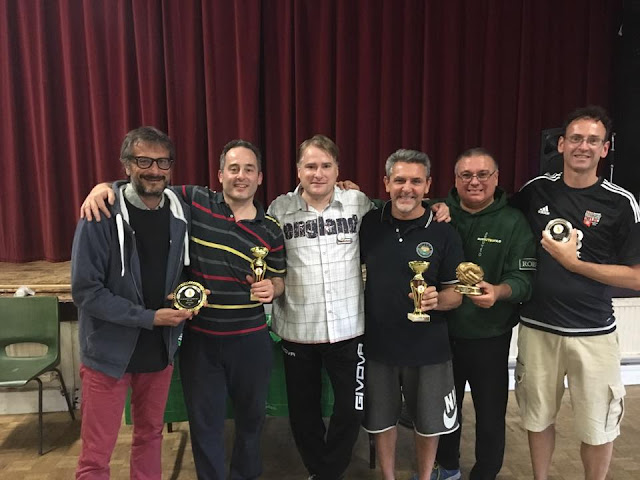 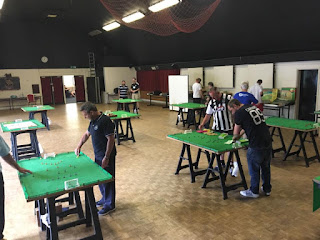 In, the first week-end of September, Harrow Subbuteo Club was hosting a tournament played with old rules and classic subbuteo teams, which in reality where handpainted TopSpin sets made by Paul Lloyd. The event attracted 14 players and there were two special guests from Italy, Roberto Piccoli and Lorenzo Rocca.

The tournament itself was named "1st Garry Wright Subbuteo Cup" and players were divided in three groups where easily group B was named as group of death. In the end, Marco Ghigliotti (Bradford Park Avenue) was the big winner after defeating Panos Stemitsiotis (Barrow) in the final. Jeremy Boothman (Grimsby Town) and John Ellis (Halifax Town) were the semi-finalists. Lorenzo Rocca (Bath City) won the consolation tournament. In the end, everyone was happy and there are already plans to hold another tournament with the old rules Early in 2017.
Publié par Vincentcop à l'adresse 19:03