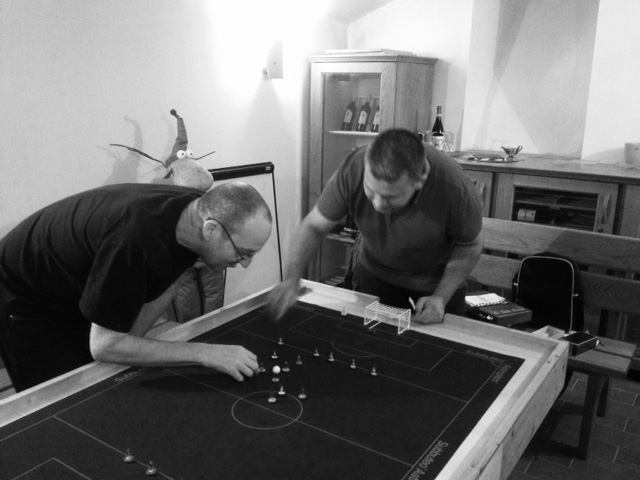 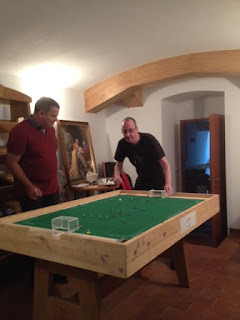 On September 22, David Young, Jiri Uchityl and Marco Zucchi met in a wine cellar in Prague to play some games.

It was not really a tournament, more a way to play games and to promote Subbuteo. It was a nice evening of play without pressure of competition, in particular for David who is recovering after having broken his leg a few months ago. The good news is that David is going better and playing games.

There will be more action on October 15 and, depending on numbers, this might be a WASPA tournament this time.