Varant Kurkeyerian’s San Luis United took home the Red Hill Rumble with a well played 2-0 win over Conan Mullen’s Santa Rosa Hotspur. The tournament, the first WASPA/ASA event hosted by the newly formed Northern California Subbuteo Club, couldn’t have had better weather. A rainy San Francisco made an excellent backdrop to the heated action on the Astropitches. The group round was dominated by three strong teams, each finishing with nine points on four games and goals galore. 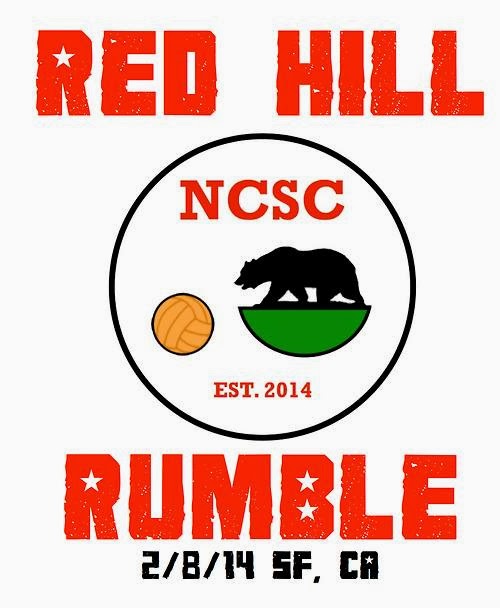 In the Championship Round, Peter Vahle’s Screw-ups Balompie fell behind 2-0 early to Spurs before pulling back one goal. In the final, United turned the tables on on Conan’s boys to bring home the bragging rights for “The Club Down South”.

In the Mary Jane, Vincent Vidal’s Olympique Lyon played Joe Schmidt’s South Berkeley SC to an exciting scoreless draw. The game eventually went to penalties, and was won by South Berkeley thanks to a cheeky roller that just beat the Frenchman’s keeper. 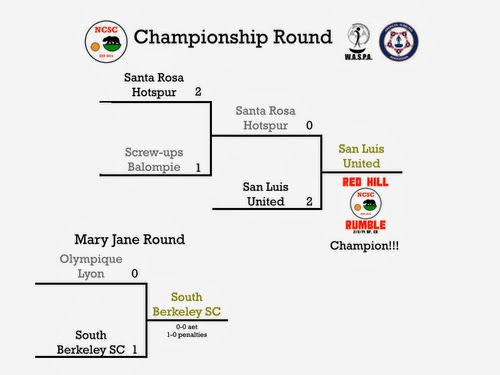 Big thanks to Varant for traveling all the way from the Central Coast, and to Peter for hosting us at his beautiful home. Until next time!