The Southern California Subbuteo Club had a tournament in Simi Valley, California this sunday with 7 players taking part.T he torunament had the double status as it was a FISTF Challenger and also a WASPA tournament. After the group stage, Wayne Smith and Varant Kurkeyerian respectively beat Cameron Tucker and Rob Tucker to qualif for the final. In the decisive game, Wayne Smith scored the winning goal in the sudden death to claim the trophy. Congratulations to Wayne. 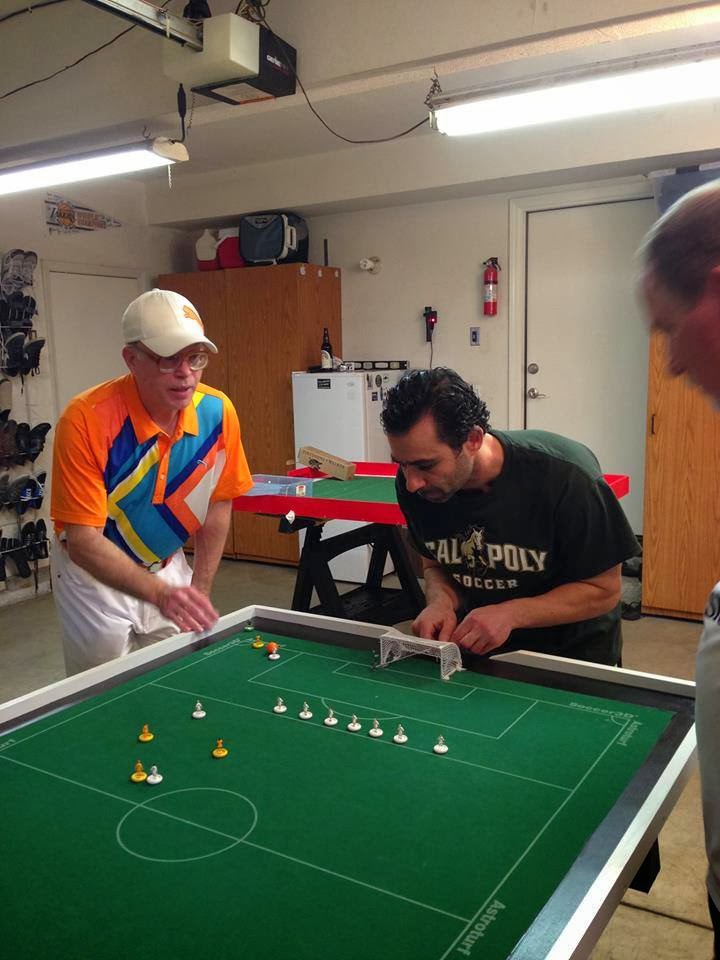