This week was another busy week for English Subbuteo as several tournaments took place under WASPA banner. 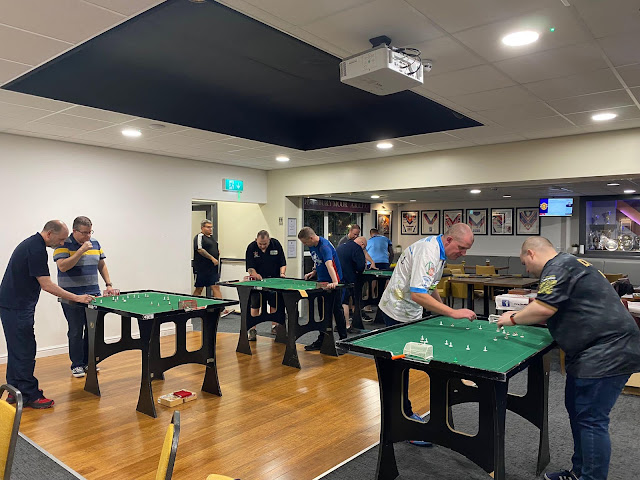 Cracking first Subbuteo club night this evening at Dewsbury Moor Sports Club - plenty of players in attendance, both new and returning. Craig Heward won the main event by one goal in a three way tie at the top of the table, from Tony McCann and Paul Lawrenson.

Martin Blanchard made a surprise visit and was in friendly action with newcomer Neil Kimpton. Plenty of interest also on a busy night in the sports club which enabled several people to try the game out on the demo table.

The Morecambe Bay club had a great tournament with a nice turnout of 8 players so they had 2 groups of four and knock-out games. In the end, there was a surprising winner as Dan Nicholls (London Road) defeated Shaun Dunne (Manchester) in the final. Shaun Dunne had a great game in the semi to beat Brian Daley on shots! Luca Lanzani defeated Andy Grundy in the consolation final.

Worthing TFC had a smaller turnout of 5 players. Shaun Allison was undefeated and won the tournament. Congratulations Shaun! 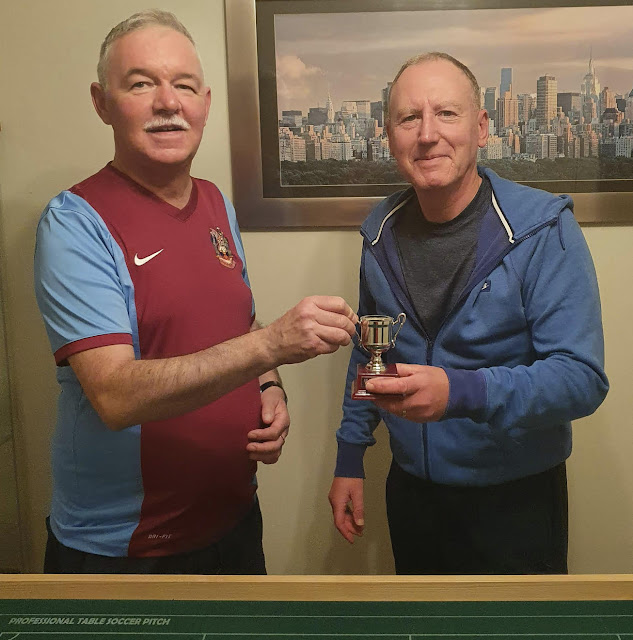 Earlier this week, the North Shields clubs had a small event with three players. This time Tom Heslop took the honors but all games were very close.

Haverhill Rovers are back - Marco Barqueiro on fire 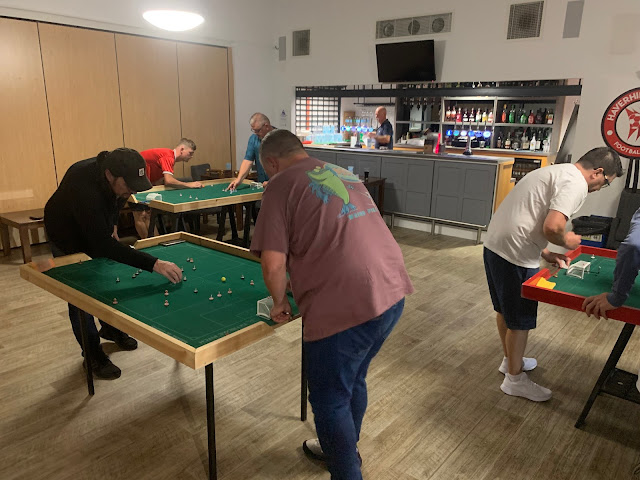 Well, after a quiet summer re numbers what with business and holiday commitments it was great to have 7 of us play tonight.

Buoyed by watching the World Cup we all were eager to play and it was great having some very close games.

With three tables out in the bar area and an under 18 game in progress we had a few people pop in for a chat.

Fortunately they had our very own Peter Holmes on hand to talk them through the nuance’s of the game. Hopefully will see a few more new faces in the future. (report by Gerry Harrington)