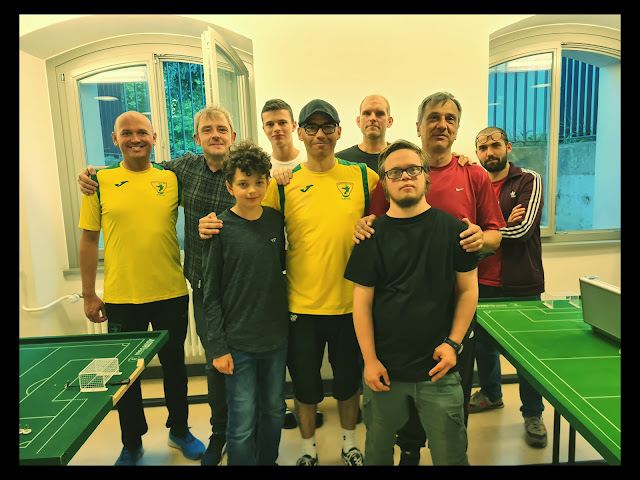 Friendship is about commitment, and the "Pokal Drugova" (meaning, "Friendship Cup" in Serbo-Croatian) proved that when 9 players from different parts of the country showed up in the Lower Saxony Capital for a nice Subbuteo evening.

After 5 rounds in a Swiss system there was a nice surprise. The young national player Leon Schneider won against the experienced Simon Stewart and ended up in 3rd place. Leon has proved that he is fit to represent Germany in the World Cup in Rome this month. 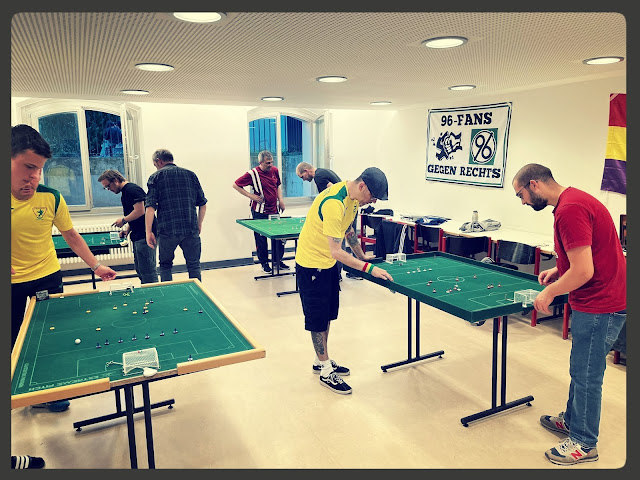 The final was played between the Hanoverian Fred Elesbao and the Wuppertaler Edin Mulasmajic which ended up 1-1 with a very funny equaliser from Edin close to the end of the 1st half. After this result, shoot outs were necessary to decide who would bring the trophy home. Edin won in the end with a 2-0 score.