We are pleased to receive reports and pictures of great deays of Subbuteo table football in England. 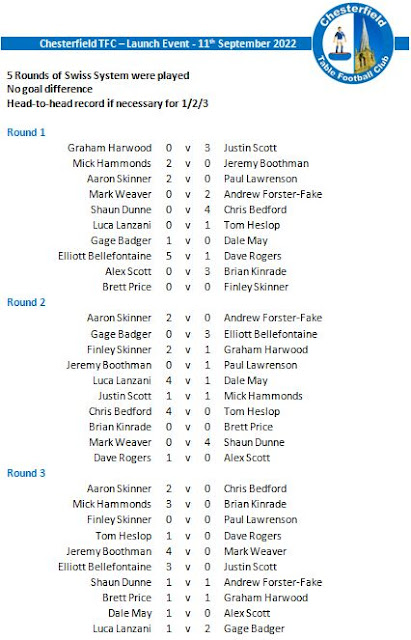 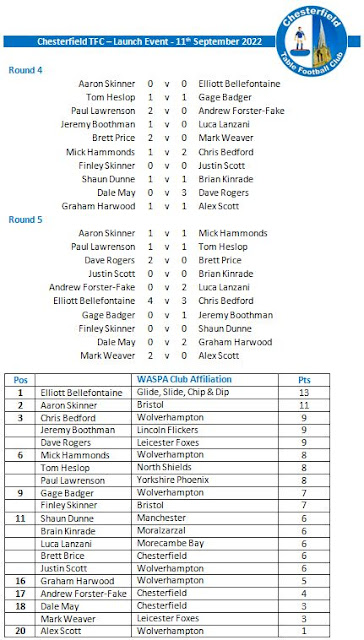 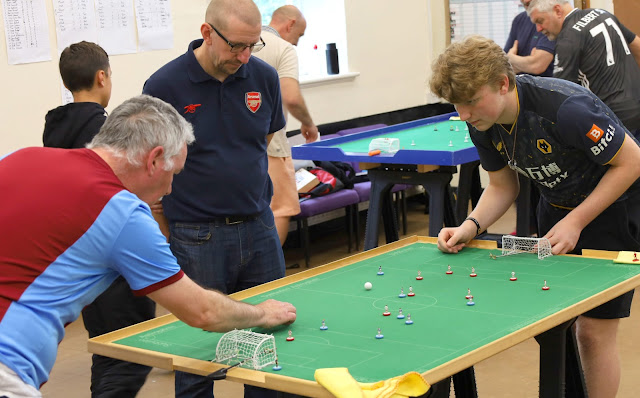 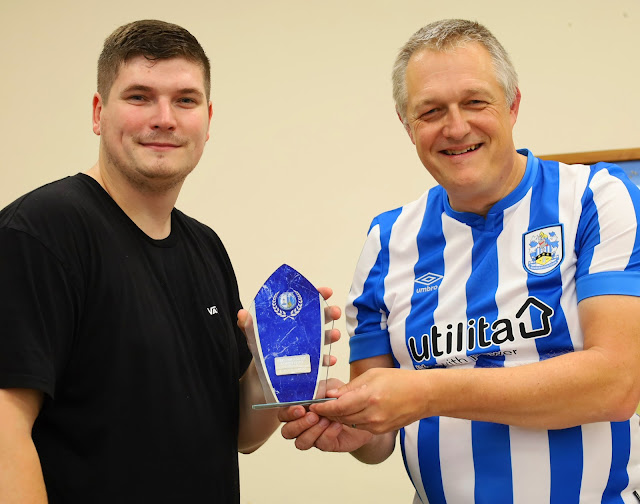 Chesterfield TFC had an amazing inaugural tournament on sunday with a great field of 20 players competing in swiss system. All players had 5 games and in the end Elliott Bellefontaine was unbeaten to take the tile was Aaron Skinner, who was also unbeaten, was runner-up. Huge thanks to Andrew Forster-Fake and his friends for a great tournament! 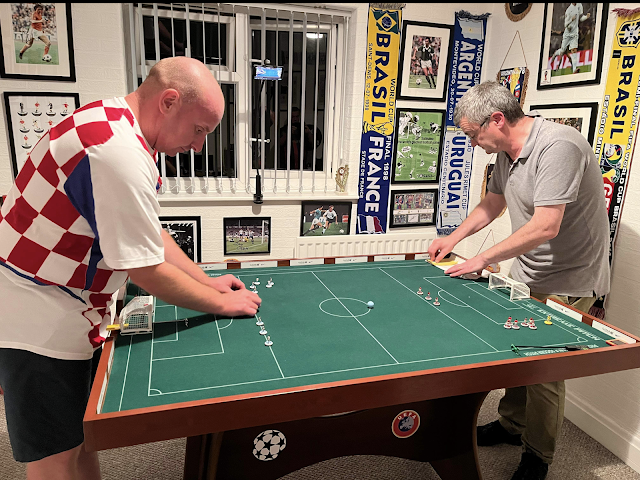 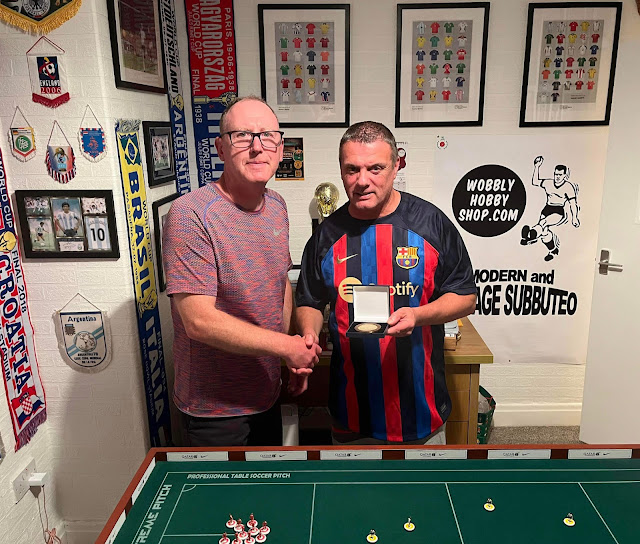 Due to COVID, the NETFA BRIGANTES  2019-20 season was abandoned and the players player trophy was never awarded. Chairman, Mike Parnaby, suggested that the lads who are still playing from that season compete for it, so that’s what we did that last night.

Chris Kaberry won the night, but at the final bleeper he made a short speech (see on the live recording on Facebook) and announced that Nick Pearson should win be awarded the medal for his hospitality, sportsmanship and general improvement throughout the 2019-20 season.

The night was tightly contested with some great Subbuteo and refereeing.

Again, thanks to Nick for being a first class host.