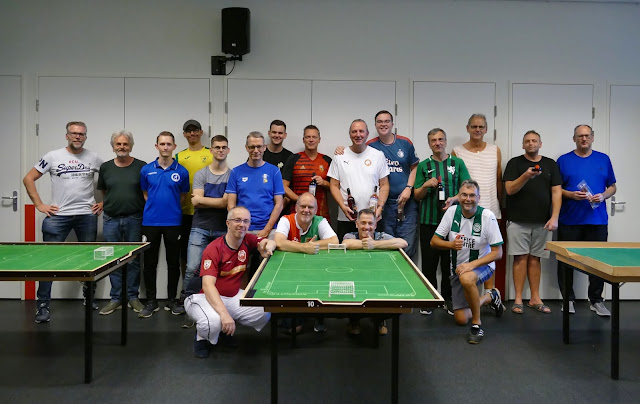 The Netherlands had a fantastic day of Subbuteo table football on Sunday as 18 players (including 2 from Belgium and 2 from Germany) attended the Top of Holland tournament organized in Hoogezand by the club of GSV de Hyacinth. There were surprises in the first round as the 2 Belgians didn't pass the group stage but in the knock-out stage, there were many close games. In the final, Patrick de Jong defeated Germany's Edin Mulasmajic (2-0) while Henk Landzaat and Rinaldo van Dijk made it to the semi-finals. Congratulations to Jacob Bijlstra and his crew for organising a great event!