Subbuteo is back in Cyprus! 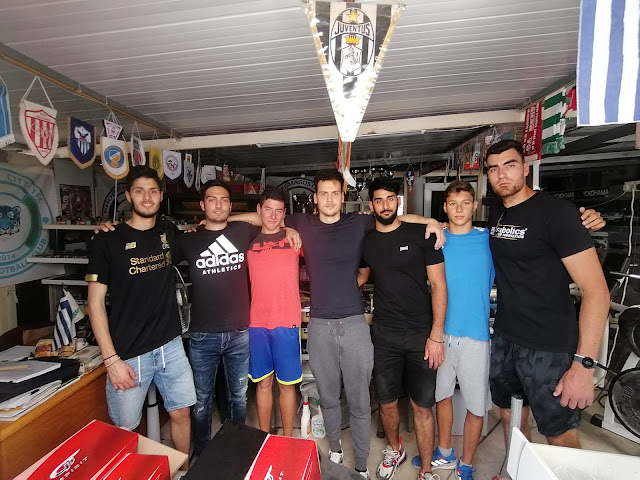 Saturday was a great day for the WASPA circuit and for the game in Cyprus. After more than two years, the first WASPA tournament took place in Limassol, organized by Famagusta TFC. The fist leg of the Easter Cup had a good turnout of 8 players with some old and new faces. In the end, it was a family affair with Giorgos Stylianou defeating Kyriakos Stylianou (3-1) in the final while Demetris Bekos won the game for the third place against Maximos Koumas. More importantly, it was a great day of play with hope to see more action in Cyprus in the near future.
Publié par Vincentcop à l'adresse 14:00