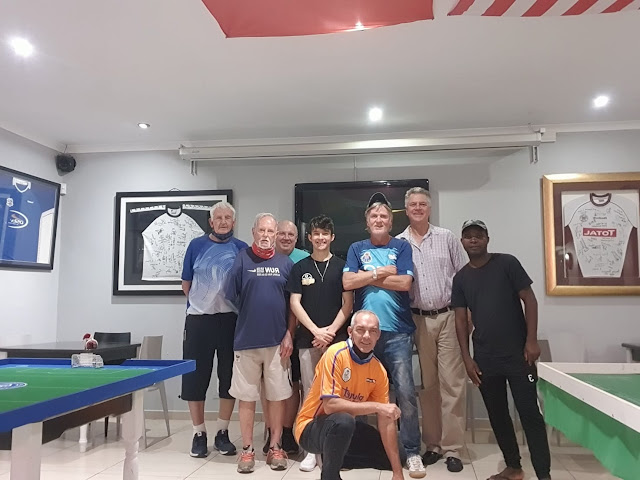 December the 15th saw the second leg of the Randburg Nite Series, namely the annual Christmas Challenge proudly hosted by the Johannesburg TFC, aka the 'Joburg Eagles'.

It was great to welcome back the Joburg Eagles stalwarts in Johan Nieuwenhuys and Chris Dimmer. Both of these players have been friends for over 55 years and have been playing this great game for almost the same time period. It was also great to see Waynne Pienaar and his son Jason.

Once again the tournament was played in the true festive spirit with the normal banter and chirps between all the players. 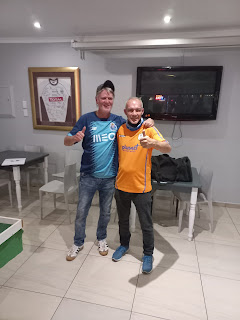 Sean Morgan rounded off a very impressive year and comfortably won yet another tournament to cement his spot as the top ranked player on the local circuit. His fine showing in the SA Champs by only losing to renowned English Superstar Justin Finch in the final. Jason Kennedy was also in great form and clinched the runners-up spot. Clifford claimed third spot with Johan edging out Chris in their life-long Subbuteo rivalry, by the smallest of margins.

Waynne secured the family bragging rights by edging out his son to claim the seventh spot.

Everybody at the Joburg Eagles and all fellow South African Subbuteo flickers would like to wish everybody a very blessed Christmas and a prosperous New Year free of this persistent Chinese Covid scurge.