Here is a quick summary of results collected from different tourmanets in England. Huge thanks to the clubs of Solent, Worthing, Liverpool, Stanway and Manchester for organizing tournaments under WASPA banner.

The Solent club has been very active in December. In the beginning of the month, the club held a small tournament with five players taking part. Corey Martin finished on top and won his first WASPA tournament.

The Solent League Cup was also completed a few days ago with Jason christopher winning the final against Paul Pearson. Congratulations to Jason for winning not only the Cup but also the club league. Main results are as follows: 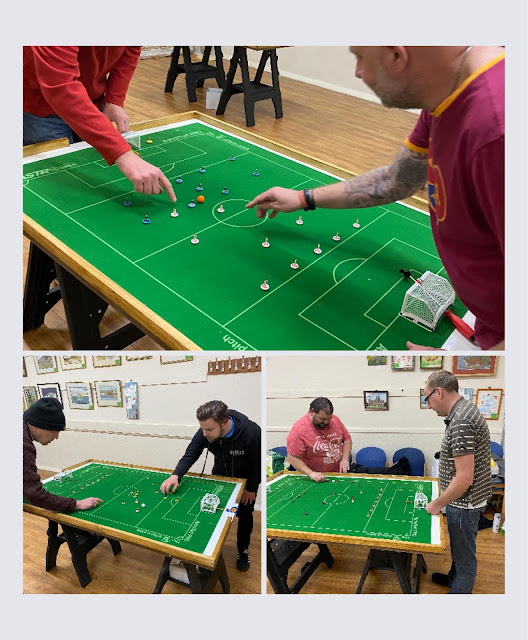 The Worthing club held a tournament with 7 players competing in a league format. Steve Taylor took the honors and claimed his first WASPA title.

The Surrey Saracens club had a small turnout of three players at their latest tournament. Simon Goodman won the tournament. Hopefully there will be more WASPA action at the club in 2022.

Also a small turnout at Kevin Coredll's club and once again Alan Lee takes the honors, claiming another WASPA tournament. Final standings were as follows:

Liverpool: Phil Redman is back

The latest Liverpool tournament had a smaller field than expected but it was great to see Subbuteo Legend Phil Redman taking part. Phil defeated Brian Daley in the decisive game to win the tournament. 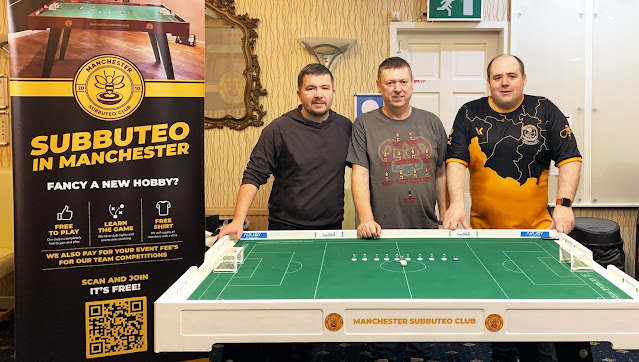 Brian Daley shown his class has he won the final club night of 2021. Conceding no goals and scoring 21 over 6 games, the night belonged to Daley.