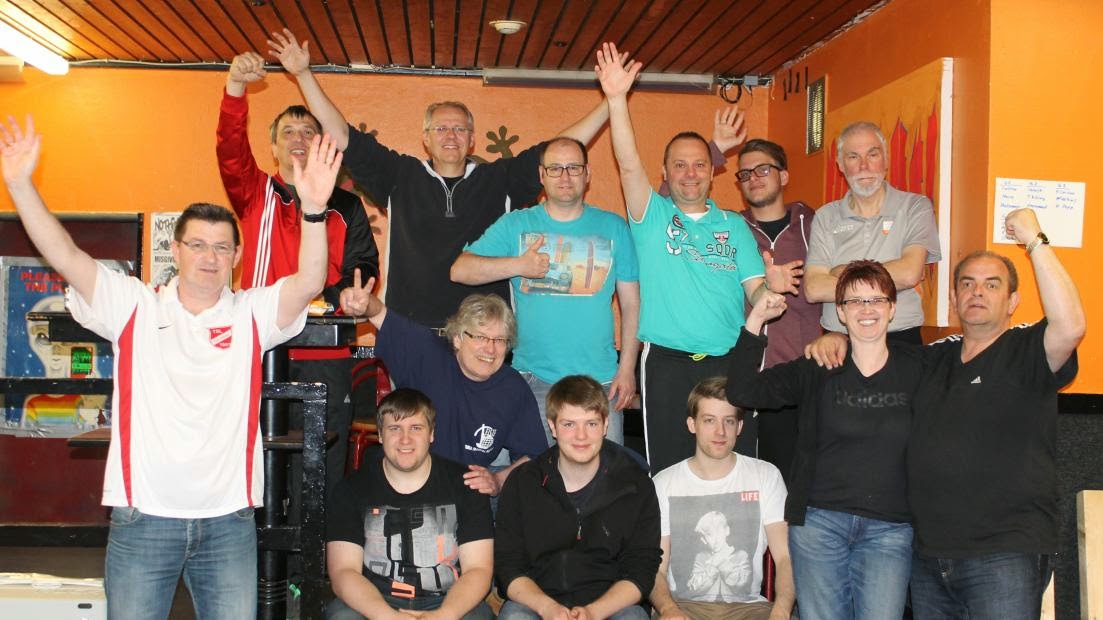 On sunday 13 players attended the WASPA tournament held in Bergkamen with the special vist of two players from the Netherlands, Ron Corsten and Richard Stolwijk, who are new members of the Dortmund club. It was an great event with good atmosphere under the players. All matches was played without referees. After a group stage with 3 groups of three and one group of four the "Eisgekühlter Bommerlundercup" ended up in the knock-out system. In the semis, Thossa Büsing managed to beat Ron Corsten on shots while Richard Stolwijk beat Tom Horn (3-2). The final was not so close as Stolwijk beat Büsing (5-0) to become the first ducth player to win a WASPA tournament.