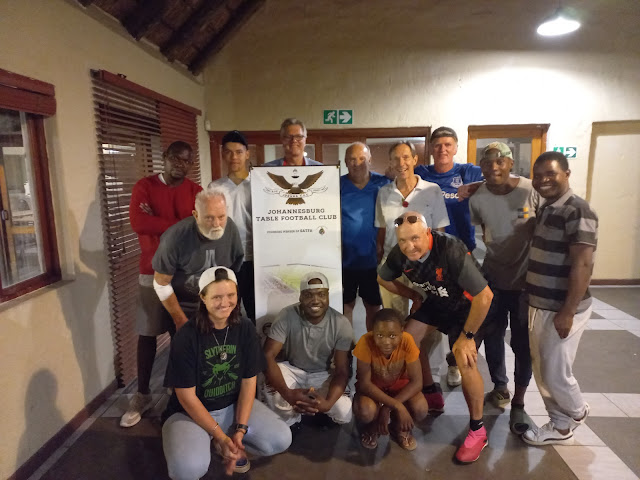 The Johannesburg Table Football Club aka 'Joburg Eagles' hosted their third in the series of 'Eagles Nite Series' Events on Thursday the 10th of November in their lavish and upmarket home venue of the Randburg Astro Hockey Club.

The tournament was aptly named the Remembrance Day Cup as an honour to all who fought and losy loved ones locally and overseas. Chairman of the Joburg Eagles presented a Roll of Honour before the event depicting names put forward by all attending players of friends and family who fought in conflicts all over the world including our local Border War in Namibia and Angola.

A record turnout of 14 people enhanced this very special tournament. All players were placed in 2 groups of 7 and 2 games per group were played on the 4 tables. 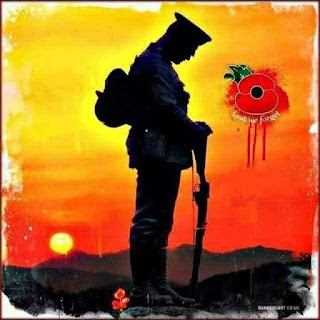 Once again 'Just for You Meals' sponsored delicious toasted curry chicken and chicken mayo sandwiches. Delicious doughnuts were also sponsored for all players rounding off a good meal.

Once again there were a lot of spectators watching resulting in great marketing value for the Joburg Eagles. There were 2 newbies, including one junior, namely Koketso, who were thrilled at flicking around on the field of dreams.

Tournament favourites, Sean and Clifford topped their respective groups and qualified along with Carl and Waynne for the Cup semis. Greg, Paul, Chris and Innocent qualified for the Plate semis.

In the Cup semis, Sean and Clifford accounted for Waynne and Carl respectively. Carl capped off a good evening by edging out Waynne by the odd goal to claim 3rd spot.

Once again, old adversaries and great friends, Sean and Clifford squared off in yet another Final. Play was very tight and once again the game ended goalless and penalties had to separate the finalists.

The next event in the Eagles Subbuteo Nite Series is scheduled for the 1st of December once again the annual Father Christmas Cup will be up for grabs. A secret Santa will also be arranged during the event with a new and unique special Skills Tournament.