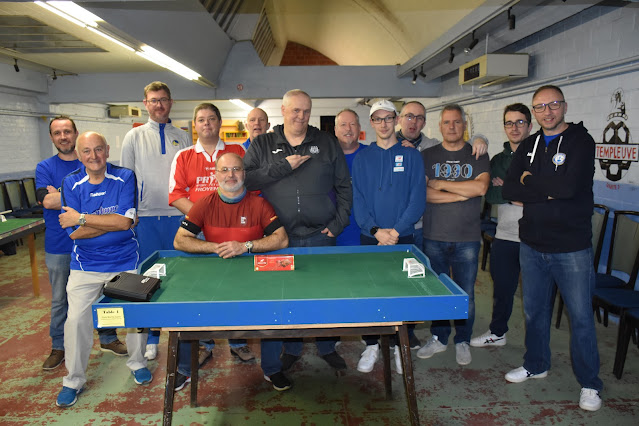 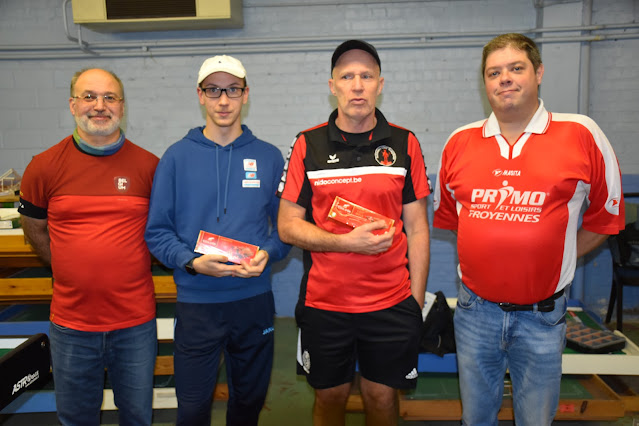 On Friday the Templeuve United club had a good turnout of 16 players from 7 different clubs for the "Remembrance Day" tournament. Players were put in 4 groups and then knock-out games decided positions 1 to 16. There were many close games and several matches ended in sudden death or shootout. in the semi, Matthias Averlant (AS Hennuyer) had to wait the shootout to beat Jean-Pierre Genart (SC Temploux). Averlant defeated Frank Lannoy (Temploux) 3-1 in the final to claim his very first title.

It was a well-deserved win for Matthias who had been runner-up in WASPA tournaments 28 times but never won a final (!!!)

Michaël Dupret (MT Tournai) was the other semi-finalist.

Loris Celton won the Junior final against Lucas Rivière. Hopefully more juniors will join the club in the near future.