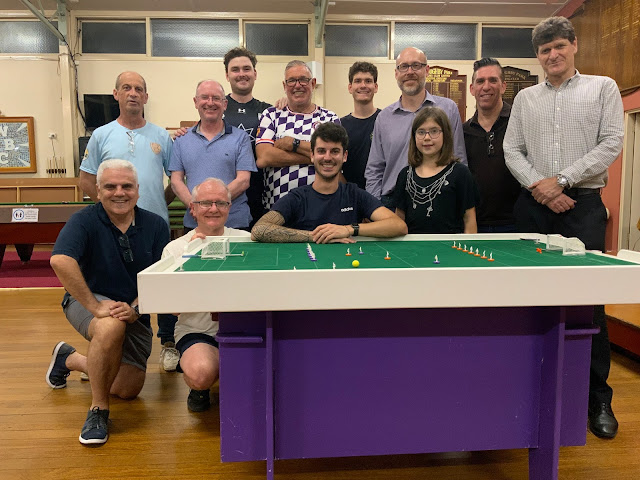 Fabrizio claimed the event with a 2-1 win over Eliot in the final, after some close and entertaining games. 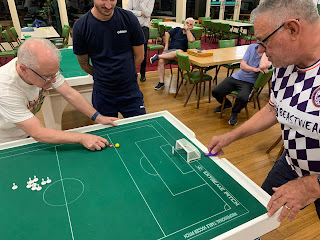 It was great to see John Palamara back in action, and to see Katelyn continuing her Subbuteo journey.

Franck scored two wins, but Adrian got the points to qualify for the semis.

Steve avenged his loss to Louis last month with a narrow 1-0 win, with Louis hampered by the eternal Subbuteo injury: a broken nail.

Geoff was looking in fine form, with a brilliant display of keeping but conceded a dramatic last minute goal to Steve to drop out of semi contention.

In the semis, Fabrizio outgunned Adrian 1-0, while Eliot took the other match on shots 3-1.

In the final, Fab scored first, then made it 2-0 before Eliot staged a late fightback for a 2-1 result.

Thanks to all members who came, and we look forward to seeing as many people as possible at the Christmas Cup & Party (December 15). 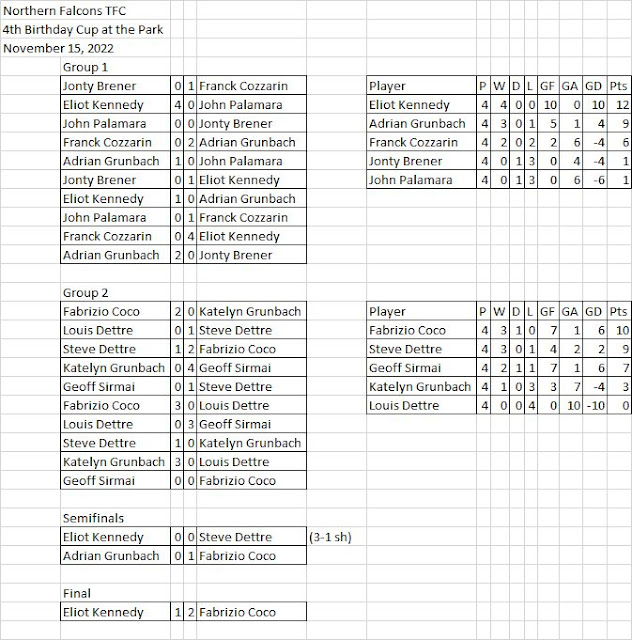