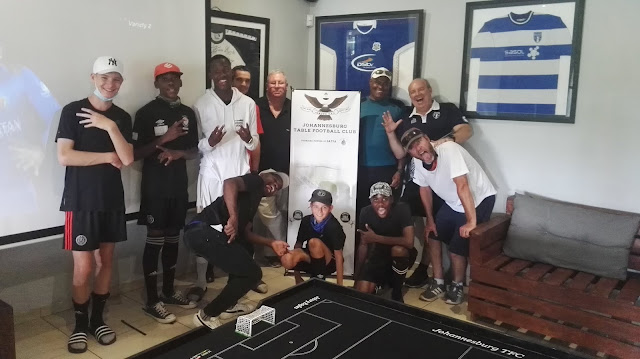 Saturday the 30th of October saw the hosting of the annual Randburg Tournament proudly hosted by the Joburg TFC, aka 'The Eagles'.

A new concept was introduced in the form of a 'Development Tournament' comprising novices played before the main tournament. The winner of the latter then qualified for the Randburg Tournament proper. This concept proved a major success and all the 'newbies' or novices played against the same calibre of player with no skewed results. Gordon Underwood proved superior in the Development Tournament and beat Kevin Francis in the 'Development Final'. Gordon then earned the qualification spot to partake in the main tournament. 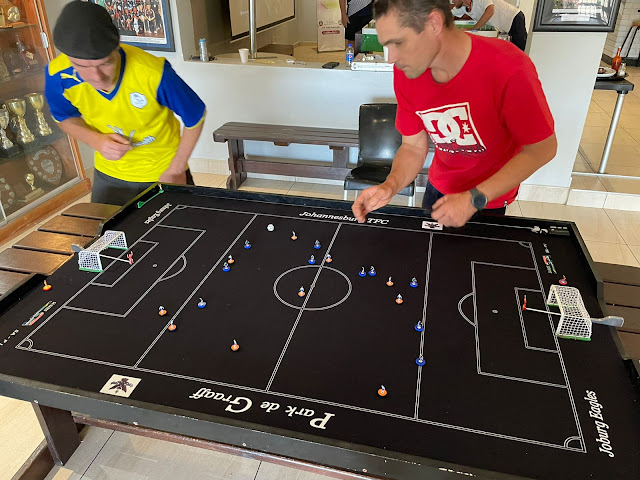 Seven players from 3 different local clubs then flicked off for the title. The format was an 7 team league with the top 4 players qualifying for the knockout stages.

A plate trophy was also introduced for the remaining 3 players.

Ian Clarke, fresh from his recent victory in an Easterns Tournament, proved that he meant business by remaining undefeated and duly qualified as top player from the group. Clifford qualified in second spot, with Jason and Gary completing the qualifying quartet.

The final proved to be an extremely tight affair and a defensive lapse allowed an in-form Ian Clarke to score a great winning goal and claim his maiden Randburg Open title for 2021.

In the plate final, Carl defeated an ever improving Gordon Underwood by a solitary goal.

Special Randburg AFC medals were handed out to the winners and Ian also collected the Randburg Open trophy.

Once again the Joburg Eagles sponsored delicious toasties and drinks for all the competitors.

All in all, great fun was the order of the day with the usual football banter exchanged between all.