This saturday 16 players met in Jambes (near Namur) in Belgium for a WASPA tournament held in the premises of SC Jambes. SC Jambes is one of the oldest subbuteo clubs in Belgium but the last few years the club has not been very active and some of their players actually play for other clubs (for instance Vincent Guyaux, now at SC Flanders but playing next season for SC Bormla or Pol Serwy of Brussels SC). There were representatives from 10 different clubs and from 4 different provinces. The level of the tournament was rather good with several great players but in the end, there were several players very close to win the event after the five sessions under Swiss system. Geoffrey Marain and Jérôme Heyvaert had both 13 points but Marain had a better goal-difference. Marain wins therefore his 26th WASPA title.
Same situation for the third place as Jos Ceulemans scored more goals than Vincent Coppenolle while both players had 12 points. Special thanks go to Vincent Guyaux and Kevin Sorlin for organizing a good event and to all players for great fair-play during the tournament. 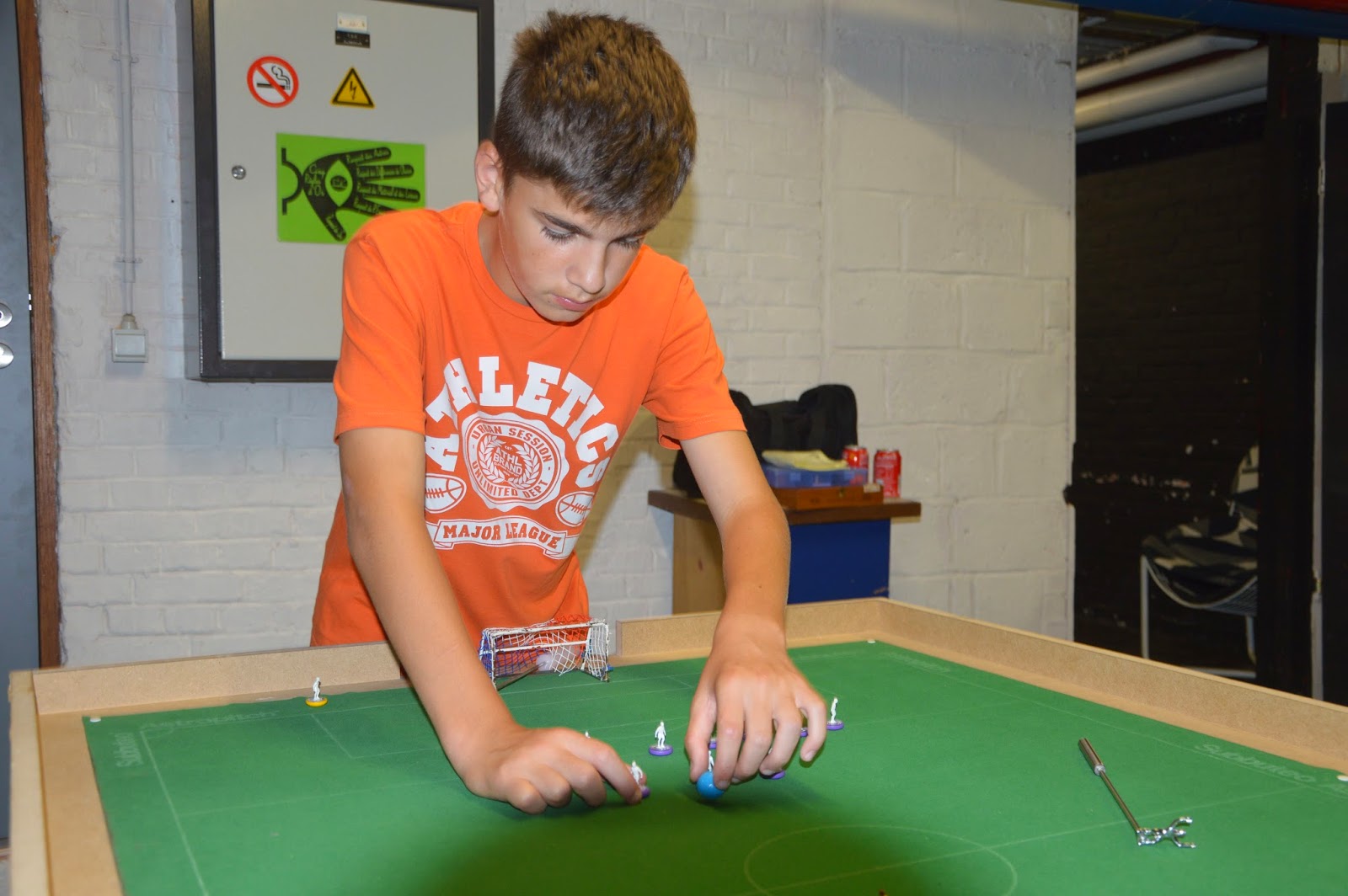