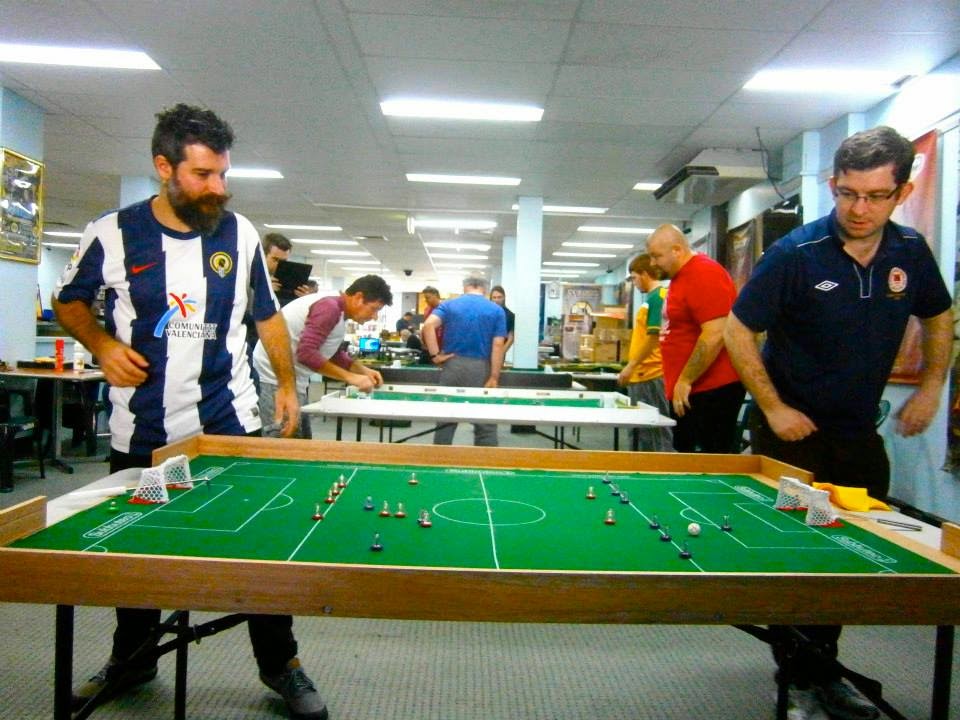 Penrith, Sydney was the stage for another heart pounding, adrenalin filled action packed day of subbuteo table football. Still recovering from a bit of beating at the previous final, Eliot Kennedy was determined to make sure the final this time against Peter Thomas was a lot more competitive. After going down 1-0 early in the first half, Eliot kept his nerve, steadied the ship, and won a free kick right near the shooting line. Woeful defending by Peter ensured Eliot took full advantage came through and scored. Despite the goal being ripped from the table in what can only be described as ‘courageous’ goal keeping, Eliot’s vocal celebration left the room in no doubt as to the scoreline. The second half continued to be an edgy affair with excellent defending from Eliot keeping Peter’s persistent attack at bay. However the dreams of first place, and a place in [Australian subbuteo] history got the better of Eliot and Peter was able to squeeze a late goal past Eliot. 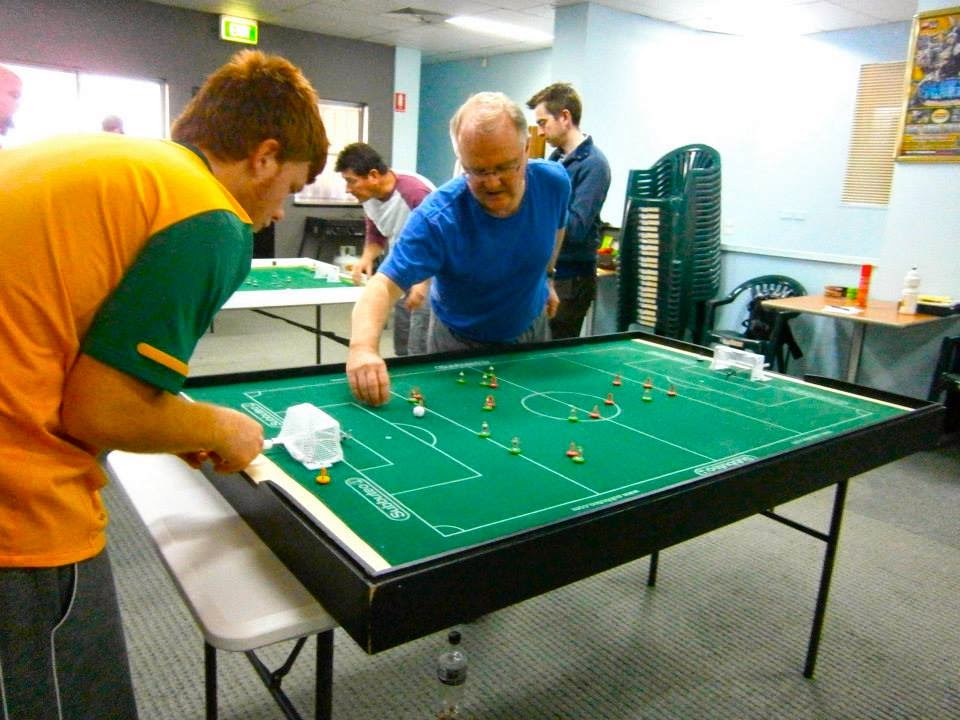 At this event we welcomed back Brett Davis, who helped re-establish subbuteo in Australia, and Ethan Foster played his second event showing great improvements in his game already. David Simpson traveled up from Melbourne for the event and was rewarded with a semi final place, losing to 5-0. The other semi final was a closer affair with Eliot Kennedy beating Paul Magee in a close game 1-0.

(Report by Peter Thomas from http://subbuteoaustralia.com/?p=274) 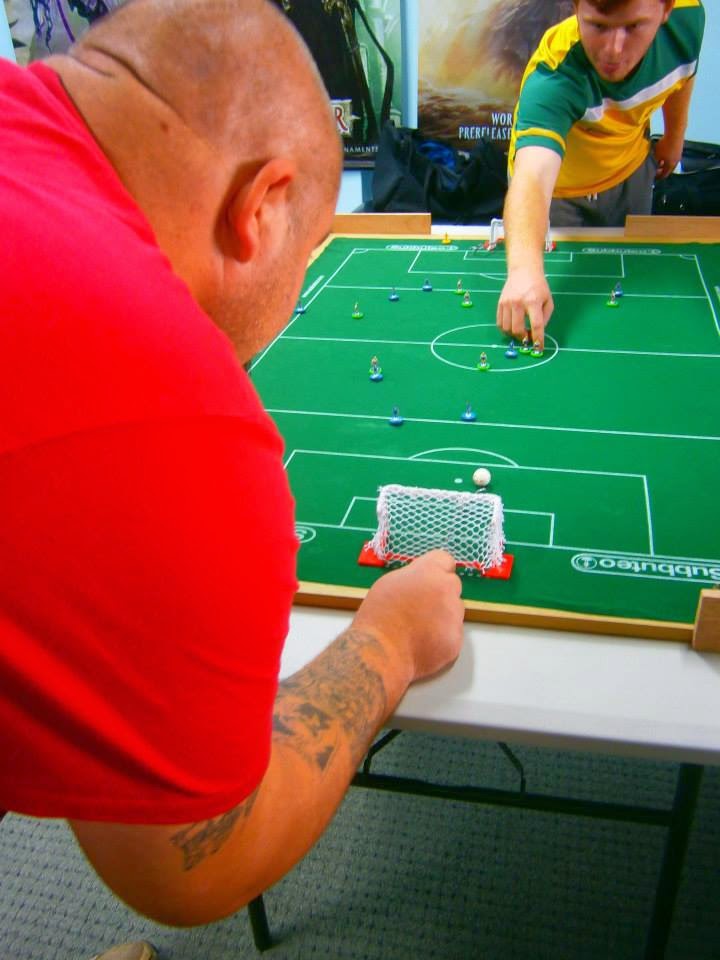 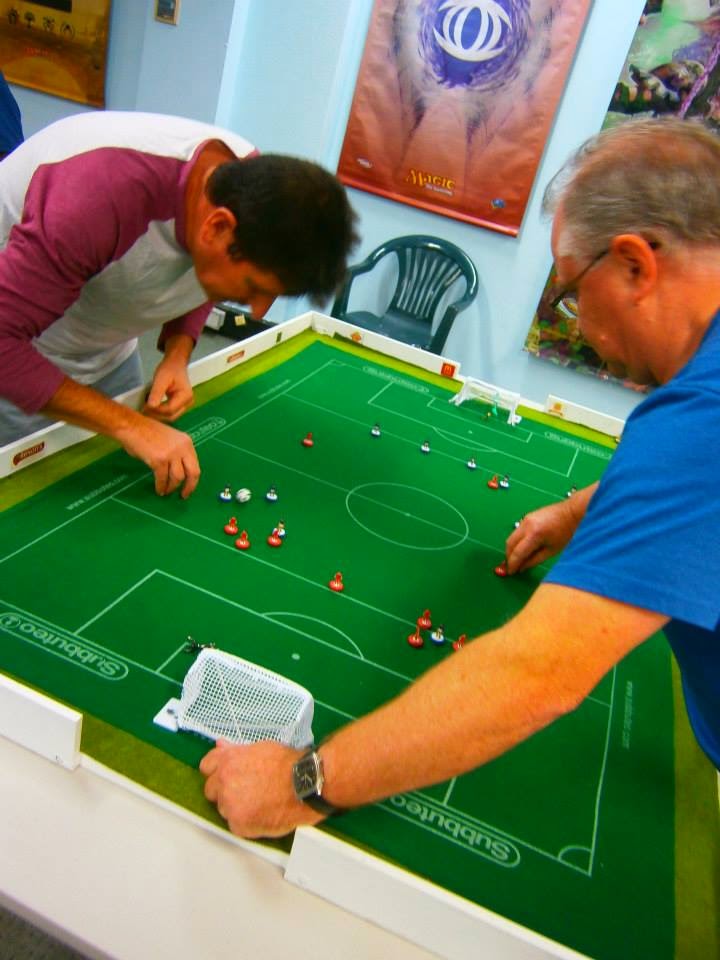 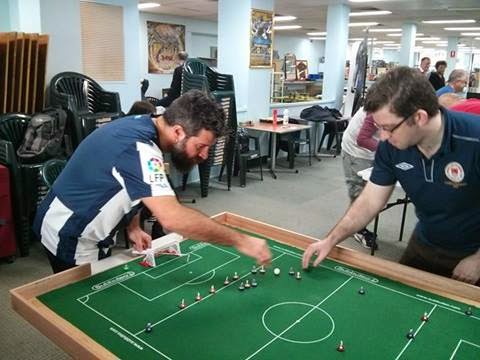