Two events have been held in Belgium in the last few days. In Templeuve, the monthly tournament was held on Sunday with a great field of 16 players. It was a really special event as the local group had the visit of long-time clubmate Erza Aripin from Singapore. Due to the special circumstances, several players decided to travel to Templeuve to say hello to Erza. The tournament was played in Swiss System and after 5 sessions Geoffrey Marain was once again the winner. More importantly everyone had a great time and it was nice also to see some old faces coming back to the game after a long absence.

Final standings (all Belgians unless noted): 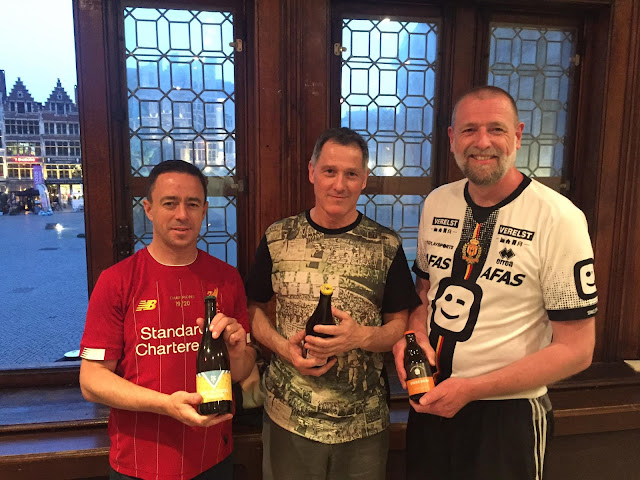 In the Flanders, Davis Wouters won the club's monthly tournament on Monday. Six players joined Antwerp for the gathering and with the absence of Jos Ceulemans, David Wouters had open doors to win the event. 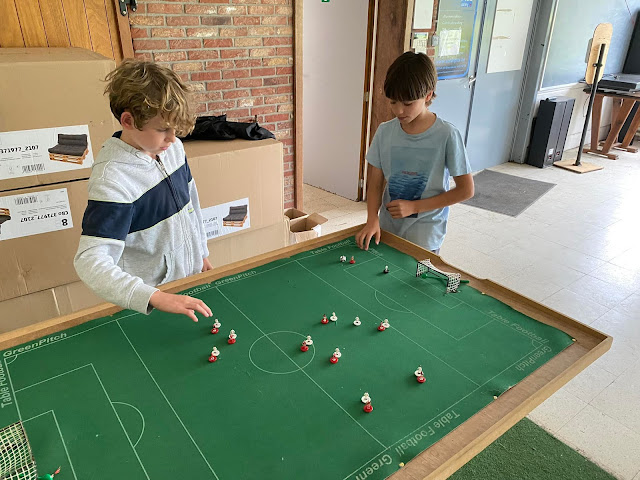 Besides the tournament, it is important to put the light on the club's great project to introduce new young players at the "K Boechoutse VV" football club. 9 young players have been introduced to Subbuteo table football and kids had great fun. Congratulations to Dirk Sercu for making this happen!
Publié par Vincentcop à l'adresse 21:17