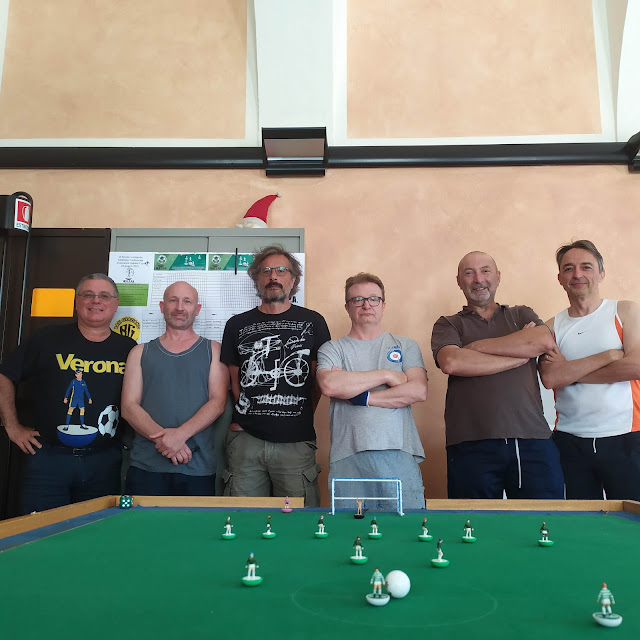 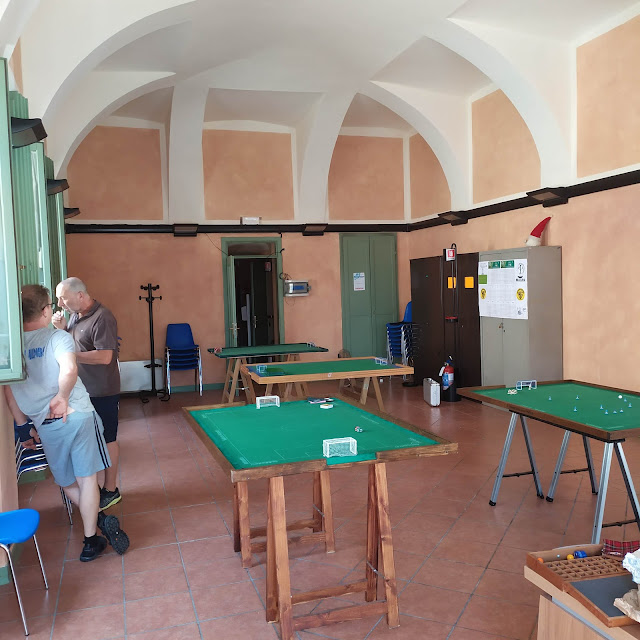 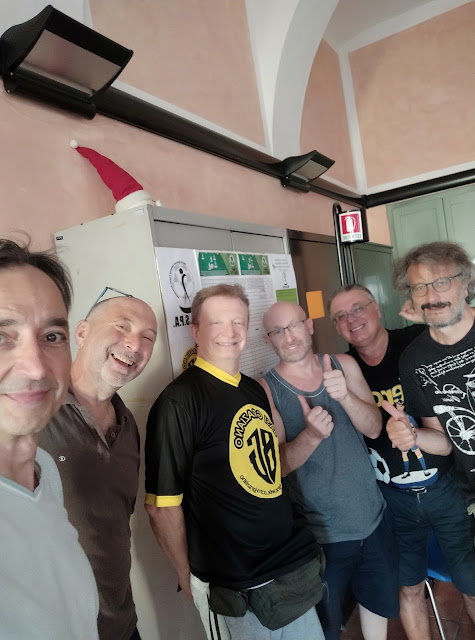 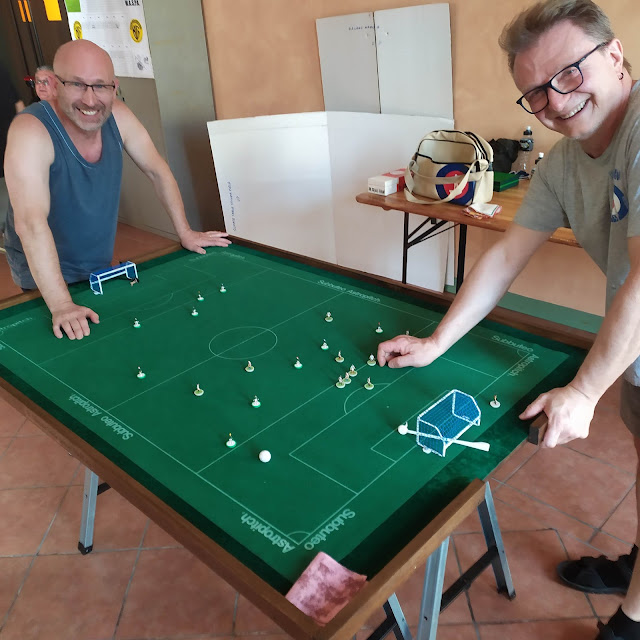 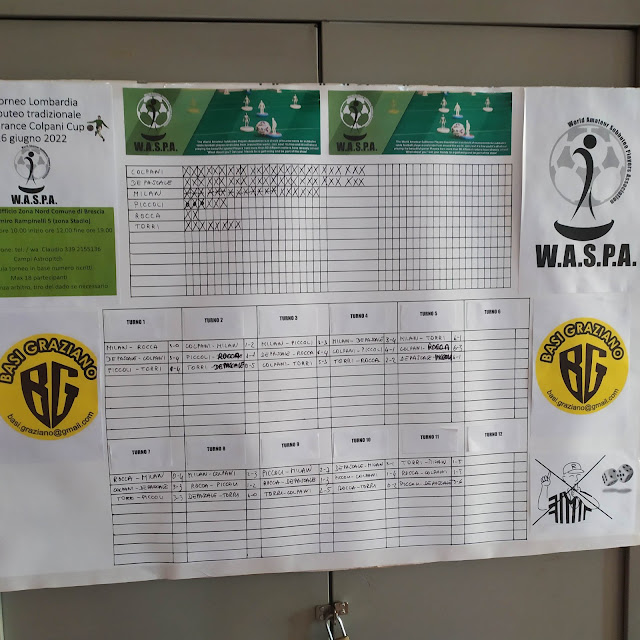 A great tournament took place in Brescia North of Italy.  An extremely hot sunny day with over 33° , have seen six mad Men for Subbuteo challenging an Endurance formula tournament with Old Subbuteo rules.

About 6 hours performance, 10 rounds, two time 15 minutes each, with only pit stops after each time and games for changing tables, polishing the bases and filling the tank with some water. The formula awarded each player reaching the 10th round on his leg.

A formula with no referees, provides throwing the dice in case of dispute. A great fair play among the payers and not a single use of dice.

Thanks to City of Brescia for hosting the event, to Basi Graziano for providing tables and equipment, to W.A.S.P.A for authorizing event under his banner. At the end of the day, a Belgian beer to award and refresh all the challengers.