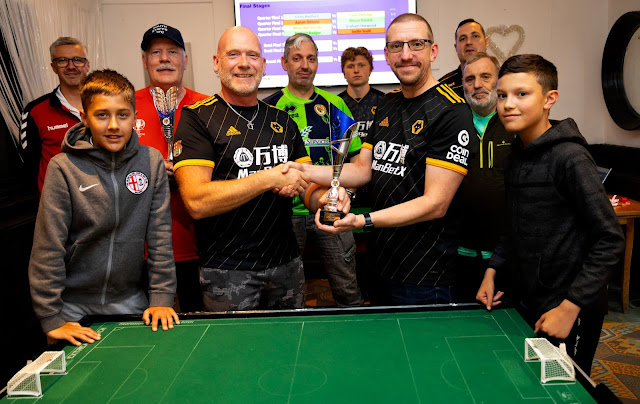 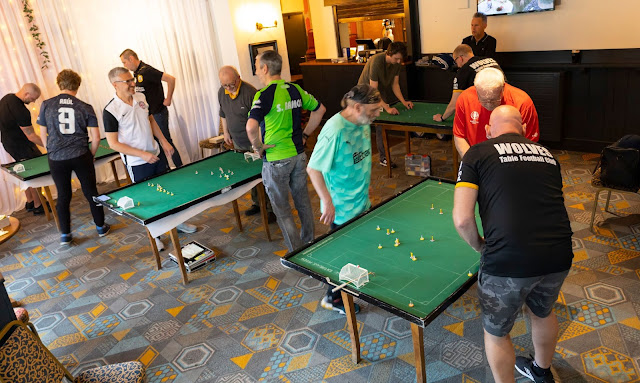 16 Players contested The Wolverhamton TFC June WASPA event, held at The Claregate Pub yesterday. A great mix of players, including 3 of the country's top junior players, battled it out for supremacy. In the main event, the final was played between Aaron Skinner and Wolves player, Mick Hammonds. It was a fantastic end to end game of very high quality play. Mick eventually ran out the winner 4-2.

In the Plate final, we saw a repeat of an earlier group game between the experienced Mike Bradbury and the talented Wolves Junior Gage Badger. Gage had won the earlier game 2-1. Mike showed his experience in the final though, winning the game 3-0.

A big thank you to all that attended and played out a very enjoyable event. Thanks also to the Claregate staff who were fantastic as always. If you are interested in playing in next months event, please drop a message.