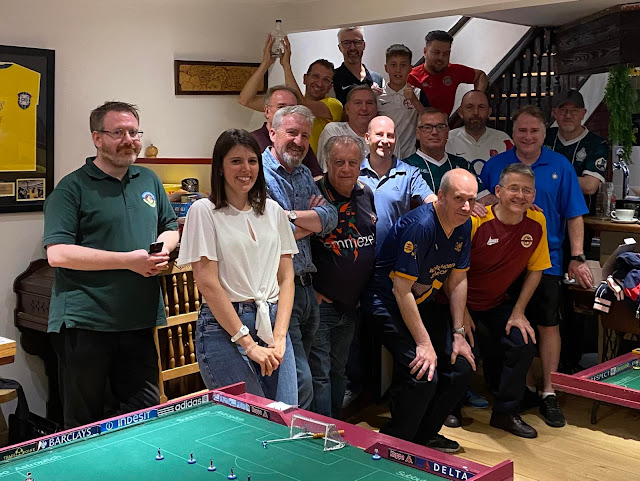 Sunday was a important day for Subbuteo table football in London as the new "London Subbuteo Club" was holding a very first tournament under WASPA banner. The event was a success with 16 players competing at the "La Pizzica Restaurant". As for the results, Bristol's Aaron Skinner took the honors after defeating Simon Goodman in the final while Victor Jonas won the Plat final against Nigel Pestell.

Special thanks to Gianluca Zucchelli for organising a great event and for putting London back on the Subbuteo map!