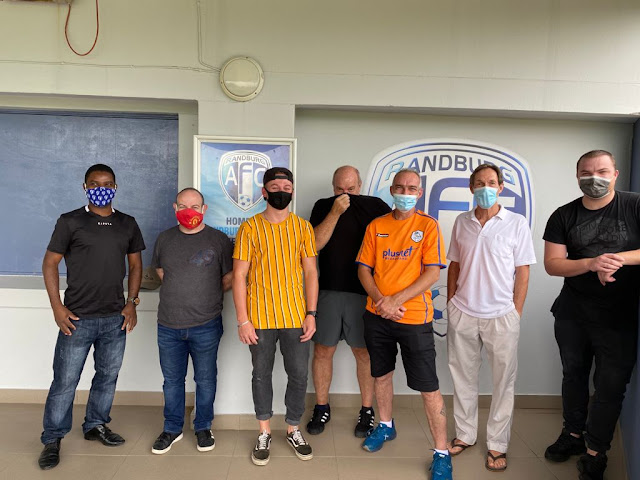 Sunday the 31st of January saw the playing of the annual New Years Challenge Subbuteo Tournament hosted by the Johannesburg TFC aka 'The Eagles'.

A field of 8 players participated and were divided via a random draw into two groups of 4 players. A bigger field

was expected, however the continued rain in Johannesburg prevented a few additional players from attending.

Group A proved to be the group of death as three of the top 4 players on the day were drawn together.

The results proved this as three players, Jason Kennedy, Liam Chapman and Carl Bolweg all ended on 6 points.

The two qualifying players were decided on goal difference, and this saw Jason emerge as group winner, followed by Liam and Carl in 2nd and 3rd places respectively. 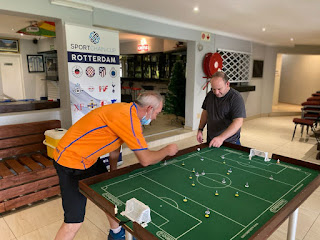 It was welcoming to see 2 newcomers entering a WASPA tournament for the first time in Errol Meyer and Bradley Roulston.

Paul Seemu from Malawi claimed 7th place and his improvement has been really good and this must go down to him entering various Solo leagues in South Africa and England.

Carl Bolweg, who unluckily was eliminated from the final qualifications through goal difference, easily accounted for Bradley Roulston who was playing in his maiden tournament to end fifth. 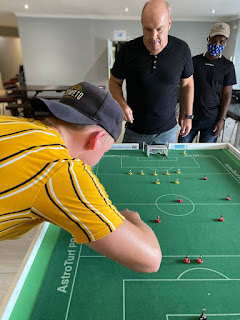 The semi-finals saw an ever improving Liam Chapman, also exposed to our game via the SANSSL solo league, take on Clifford in what proved to be a tight affair. Unfortunately,one defensive lapse by Liam allowed Clifford a tight 1 nil victory.

The third place play-off saw Liam exact some form of revenge by beating Errol by 3 goals to nil.

The final pitted good friends and adversaries Jason and Clifford against each other in yet another Final.

The final proved a cagey and tight affair with clear cut chances at a premium. Nobody broke the dead-lock and the dreaded penalty shoot-out ensued.

Jason appeared to have left his scoring boots at home and missed his first three penalties. Jason also gifted Clifford a goal by dragging the ball into his net after performing a great save. Clifford converted his third straight penalty to take an unassailable lead and capture his first title of 2021.

The day was rounded of with a braai where banter and chirps were once again the order of day and also lamenting the current state of affairs due to the bastardly chinese covid pandemic.

However, on a brighter note, everbody enjoyed themselves and the two newbies will definitely be returning for future tournaments.

A special thanks must also go to Clifford's missus, Nita for making a delicious potato bake and salads that were wolfed down after a 'tiring' day of exciting table football action.

The Joburg Eagles look forward to hosting their next tournament, the Johannesburg Open in February!