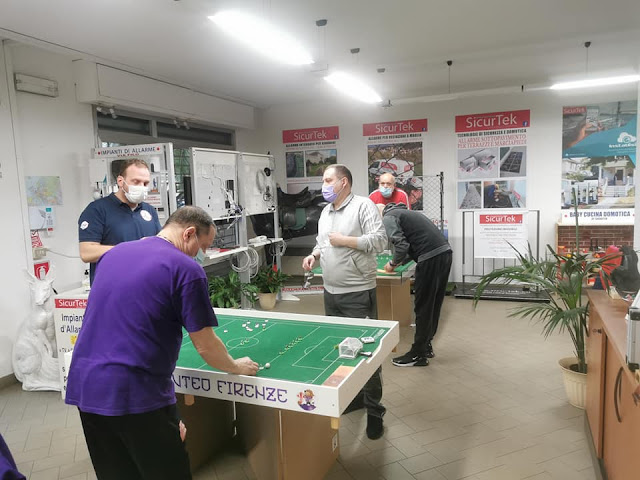 The club of Firenze was back in action this week-end with 2 events run under WASPA banner. The first event was played by six competitors divided into two groups before the knock-out stage. Stefano barducci won the final against marco Bonciani (2-1). The other event had five players competing in a round robin and Marco Bonciani won his four games to win the tournament! More than results, the important thing for the Firenze was to meet again and to have a great time together!
Publié par Vincentcop à l'adresse 21:53