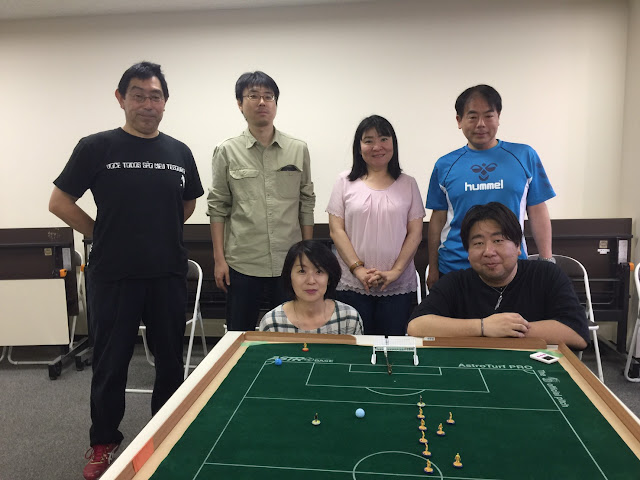 On June 3 the club of Sakuragicho TFC was hosting a WASPA tournament in the premises of Sakura Living in Yokohama city, Japan. Six players were taking part and Suguru Fujino (Sakuragicho TFC) defeated Hideaki Wada (OSC Yamato) in the final. Osamu Ishihara won the final for the third place against Satoshi Kawasaki.
Well done to Sakuragicho TFC for their efforts!
Publié par Vincentcop à l'adresse 21:54